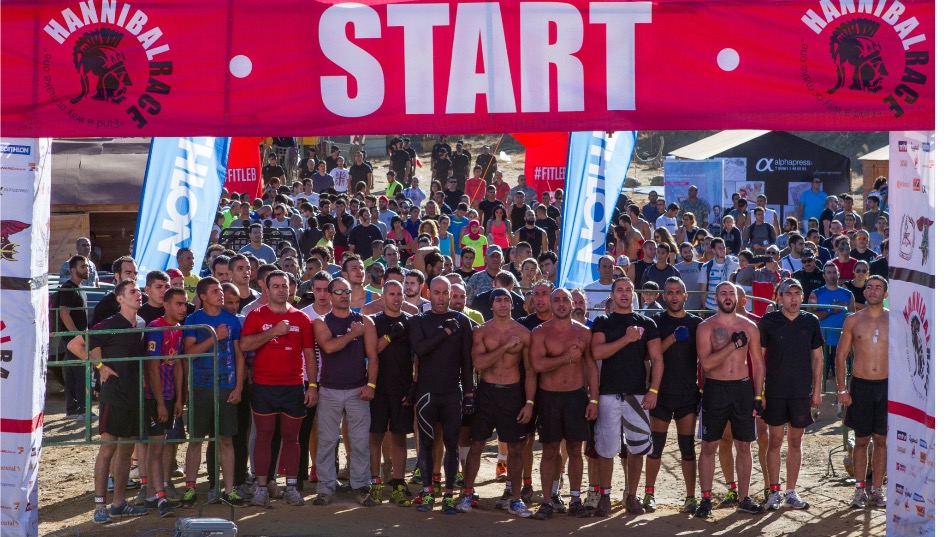 Orient Net
A former national obstacle course racing champion in his native Syria, 24-year-old Ibrahim fled conflict in his hometown of Deir Ez-Zor in 2014, settling as a refugee in Lebanon’s capital, Beirut, with his wife and young daughter.
When he races, he regards each event as an opportunity to showcase his talent and prove that refugees can achieve whatever they set their minds to.
“This race is important to me, because it makes me and every other Syrian refugee in Lebanon visible,” he said. “It proves that we are not marginalized, and that we can make our mark.”
“Being a refugee doesn’t make us invisible people.”
In 2017, Ibrahim finished first in Lebanon’s Hannibal Race – an exhausting six-kilometre mud-filled course which sees competitors run, climb, swim and crawl through various obstacles to the finish line. That same year, he finished second in his age group at the Beirut Marathon, and came third in his category at the same race in 2018.
His results are impressive by any measure, but especially so given the fact that he lives in one of the city’s most poverty-stricken neighbourhoods and maintains an exceptional level of fitness with only the most basic training facilities. At the most recent Hannibal Race, held at the end of last year in the ancient city of Byblos, some 40 kilometres north of the capital, he came a close second despite leading for much of the race. Any disappointment he felt was offset by the fact that the eventual winner was a fellow Syrian refugee.
“I am very happy. I could have come first, but it was a very tough race,” he said after crossing the finish line, still gasping for breath and dripping with mud and sweat.
After the race, Ibrahim looks forward to returning to his run-down apartment in Beirut and showing his runner-up trophy to his biggest fan – his daughter Omama – in what has now become a familiar ritual.
“When I come home, I hide the trophy behind my back and call Omama,” he explained. “She gets very excited when she sees it and she tries to hold it up. She hugs it all day long.” Despite the race having barely finished, Ibrahim is already looking ahead and thinking about his future goals. He aspires to compete in obstacle course racing’s world championships, before one day returning to Syria and promoting the sport there.
“Being a refugee doesn’t make us invisible people,” he said. “We are here, and we have dreams.”