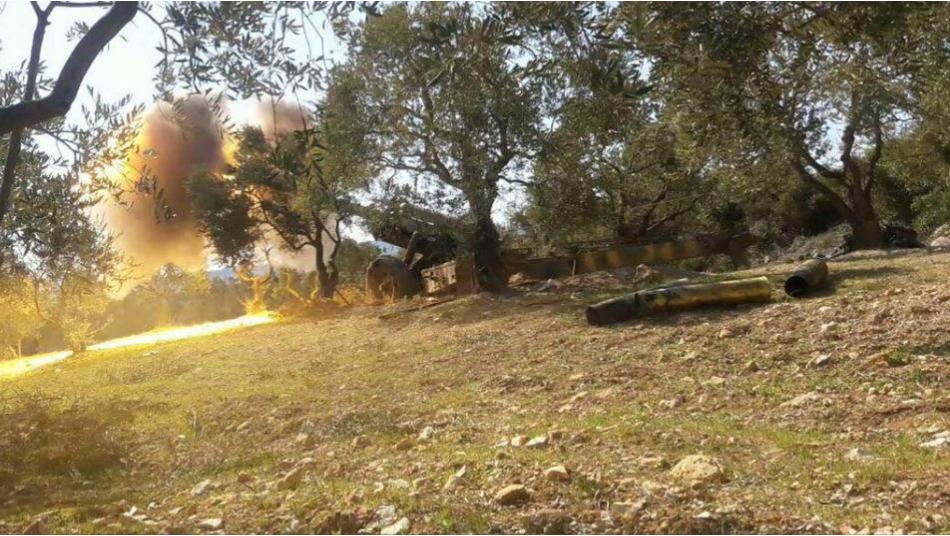 Orient Net
Assad militiamen used chlorine gas bombs in shelling the anti-regime factions in Latakia northern countryside on Sunday (May 19), local news agencies said.
The Assad militiamen used the chlorine gas shells in the Kabina Hill in the Akrad Mountain in Latakia northern countryside after they failed to make any progress on the front, according to the Hayet Tahrir al-Sham's news agency (Ibaa).
The opposition defected brigadier, Ahmad al Rahal, confirmed the incident. "The Assad regime used chemical weapons (chlorine gas) in the village of Kabina on the coast front," he wrote on his Facebook page.

It is worth mentioning that the Acting US Ambassador to the United Nations Jonathan Cohen warned the Assad regime against using the chemical weapons during the Security Council session on Friday, adding that Russia and Assad regime were responsible for the attacks on the health centers. He said it was "most alarming" that several of the centers attacked were on a list created by Russia and the United Nations in an attempt to protect them.
قيم هذا المقال 16 0