Assad just raised the stakes for catastrophe in Syria. Trump is silent.

Assad just raised the stakes for catastrophe in Syria. Trump is silent. 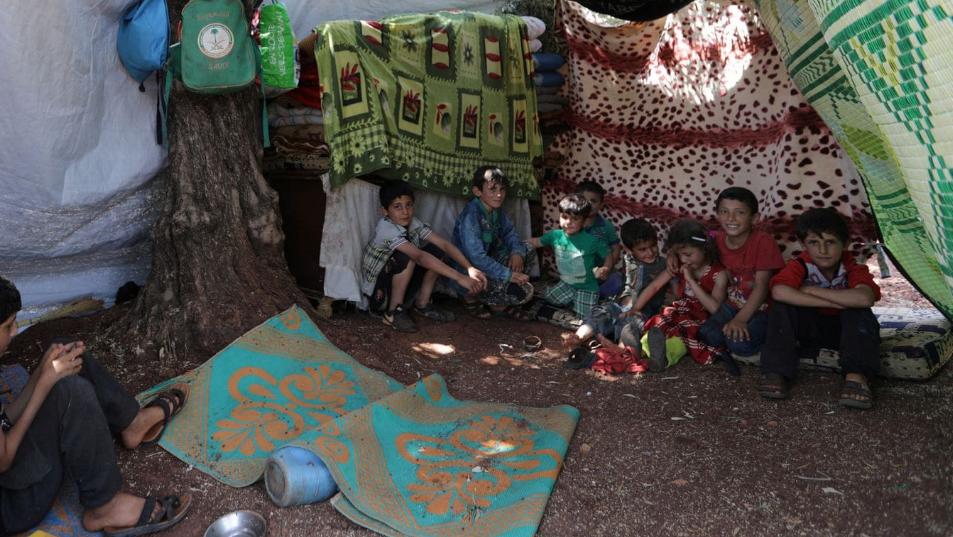 Assad just raised the stakes for catastrophe in Syria. Trump is silent.
__new_Underarticle_image_EN__
Orient Net - WP
THE HORRORS of Syria’s war diminished somewhat in recent months after eight years of carnage and atrocities. But they could resume on a horrifying scale in the province of Idlib, which is home to some 3 million people and remains under the control of rebel groups. Late last month, a truce governing the region was ruptured when the regime of Bashar Assad launched a new offensive, in concert with Russian air power. Once again, bombs rained down on Syrian homes, hospitals and food stores; according to the United Nations, more than 150,000 people fled northward, toward Syria’s border with Turkey.
The attack threatens to trigger a humanitarian catastrophe larger than any that Syria has yet seen. Tens of thousands of the civilians in Idlib are refugees from other parts of the country. In many cases, they were bused there by the Assad regime under deals to obtain the surrender of other rebel towns. An attempt to retake the province by force would trigger a massive new wave of refugees that could swamp Turkey — and perhaps extend to Europe, which is still suffering the political aftershocks from the mass arrival of Syrians in 2015.
Considering the stakes, the response of the Trump administration has been remarkably muted. President Trump has said nothing about the new crisis. When Secretary of State Mike Pompeo raised the subject during his meetings with Russian President Vladi­mir Putin and Foreign Minister Sergei Lavrov this week, he was told that Moscow’s objectives were limited and included expanding a buffer zone to protect a Russian air base that has come under attack.
__new_in_first_article1__
US officials say there has been a lull in the fighting since then. But the history of the Syrian conflict offers two clear lessons: The Assad regime will relentlessly seek to restore its control over the country by force, regardless of the cost; and Russian assurances to US envoys have repeatedly proved worthless.
As it is, the attack violates a deal Mr. Putin struck with Turkish President Recep Tayyip Erdogan last year to prevent an all-out battle over Idlib. The two agreed to establish a buffer zone from which rebel Islamist militant groups would be excluded. Turkey duly set up military outposts in the area but has failed to disarm or expel the militants, including the dominant Hayat Tahrir al-Sham, which under a different name was once an affiliate of al-Qaeda.
While the menace posed by the jihadists must be addressed, a military solution led by Assad and Russian forces is unthinkable — especially given their standard tactics, which are to bomb civilian infrastructure such as hospitals in a deliberate attempt to trigger a mass exodus. Russia and the United Nations are seeking to broker a broader Syrian political settlement, but they are stymied by the refusal of the Assad regime and its Iranian backers to share power with forces representing Syria’s Sunni majority.
No durable peace in Syria is likely until the bonds linking Russia, Iran and the Assad regime are broken. The United States cannot force that change, but it can insist that there be no further assaults on Idlib. That should be on the US agenda when Mr. Trump meets Mr. Putin in Japan next month.