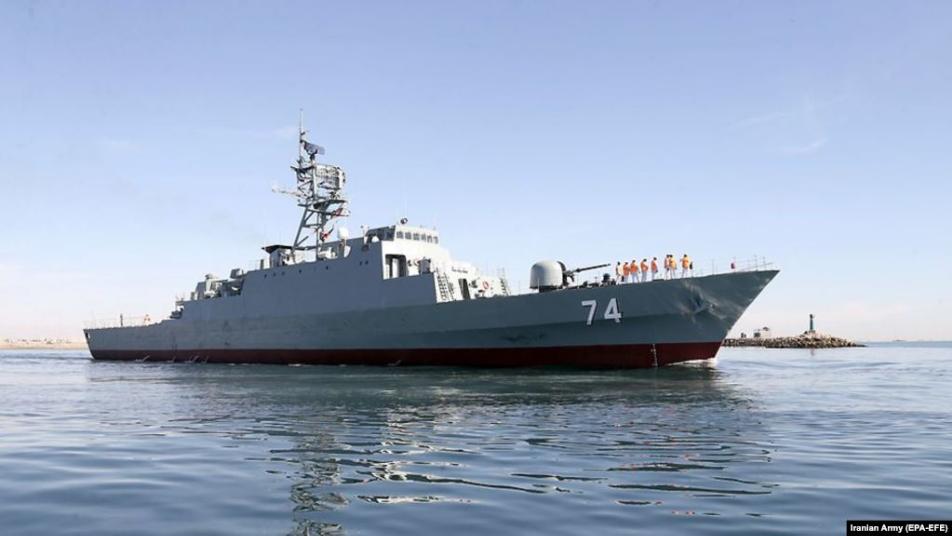 Orient Net
An unmanned Iranian boat skips over the waves at full speed and rams into a US aircraft carrier, sending up an orange fireball and plumes of smoke.
That attack against a mock-up US warship was part of elaborate naval war games carried out by the elite Revolutionary Guards in 2015. Dozens of speedboats, ships firing missiles, and helicopters were involved. Video of the exercise ran on state TV for hours.
US officials are now concerned that Iran has passed this naval combat expertise on to proxy forces in the region, whom Washington blames for attacks against four oil tankers off the coast of the United Arab Emirates on Sunday.
Iran has not addressed the issue of training proxies, but has warned that its allies in the region have the weapons and capability to target enemies if Iranian interests are threatened.
Tensions have spiked between the Iranian regime and the United States, which sent more military forces to the Middle East, including an aircraft carrier, B-52 bombers and Patriot missiles, in a show of force against what US officials say are Iranian threats to its troops and interests in the region.