US, Russia voice hope for better ties on Syria 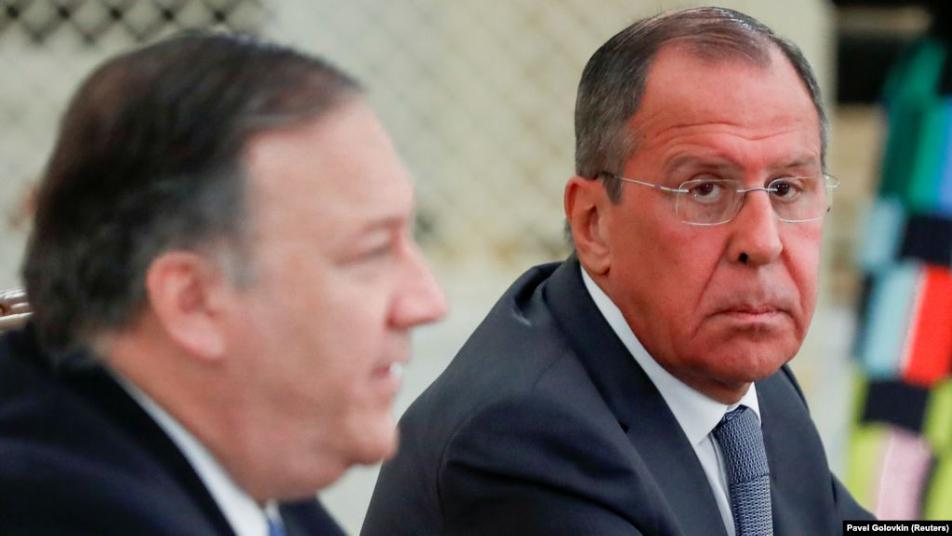 Credit: Radio Free Europe Radio Liberty obtained from Reuters
Orient Net
Russia and the United States voiced hope Tuesday (May 14) for better ties including working together in Syria as President Vladimir Putin welcomed Secretary of State Mike Pompeo, but tensions were laid bare in a clash over election meddling.
Speaking for nearly two hours late into the evening in Putin’s forested dacha in the Black Sea resort of Sochi, Pompeo became the highest-ranking American to meet the Russian leader in 10 months.
“We had a very productive conversation on pathways forward in Syria, things we can do together where we have a shared set of interests on how to move the political process forward,” Pompeo told reporters at the airport before flying out.
The United States and Russia are on opposite sides of Syria’s brutal Assad eight-year war, with Russia the primary backer of Bashar Assad.