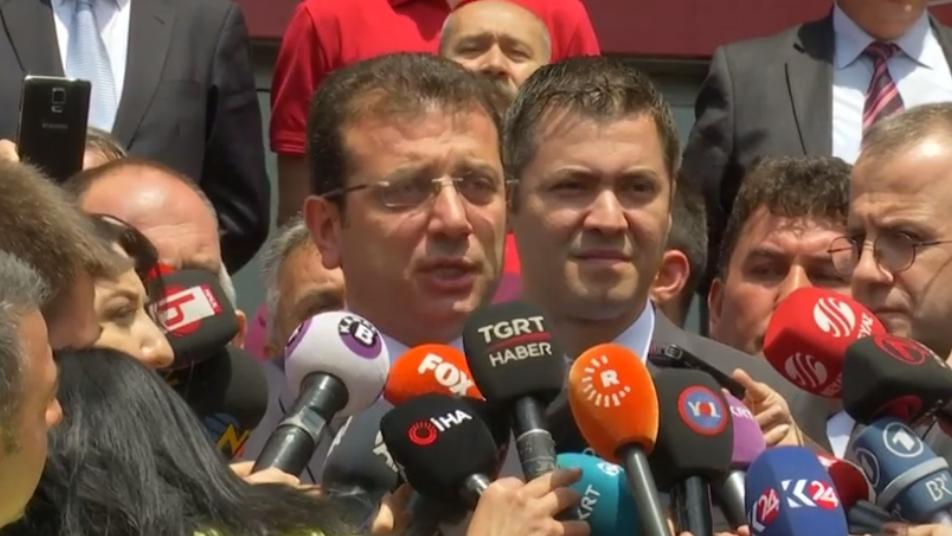 Orient Net - Daily Sabah
Main opposition the Republican People's Party (CHP) on Wednesday submitted a request to Turkey's Supreme Election Council (YSK) to cancel last year's presidential and parliamentary elections as well as the March 31 local polls across all Istanbul districts.
The request was made by CHP Deputy Chairman Muharrem Erkek, and comes in the wake of YSK's decision to cancel and renew the March 31 metropolitan municipal elections over irregularities.
The renewed election will be held on June 23. The YSK said its decision to annul the polls was based on unsigned result documents from the election and on some ballot box officials not being civil servants.
The March 31 elections witnessed a very close race between the People's Alliance candidate Binali Yıldırım and the Nation Alliance candidate Ekrem İmamoğlu. According to unofficial results, İmamoğlu led the polls by almost 13,000 votes in Istanbul where nearly 10 million citizens cast their votes.