US Holocaust Museum gives its highest honour to White Helmets 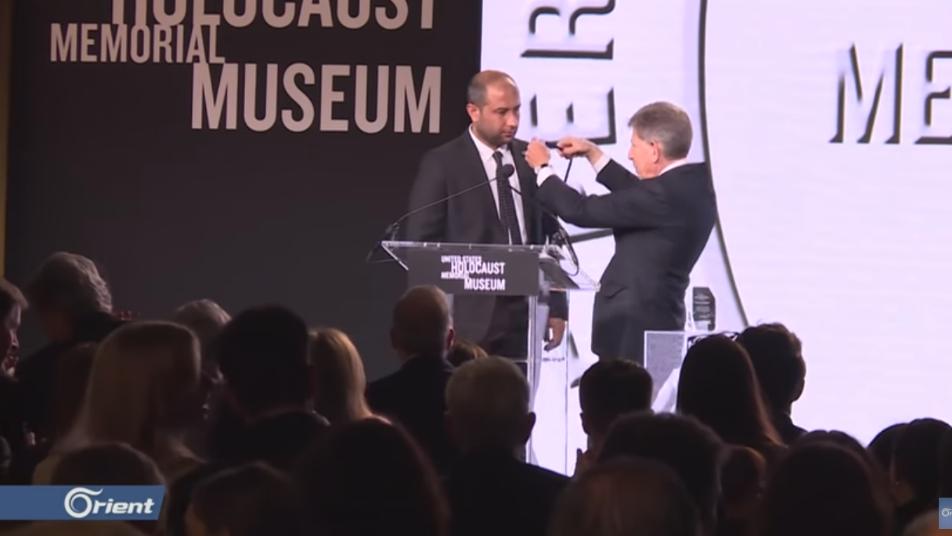 US Holocaust Museum gives its highest honour to White Helmets
The United States Holocaust Memorial Museum has given its highest honour to the Syria Civil Defense, a volunteer group that operates in the opposition-controlled areas in Syria and Turkey.
The group, also known as the White Helmets, was founded in 2014 and provides aid and rescue to those affected by Assad and Russian bombings in the country.
“At enormous risk to themselves and their families and in the face of horrific attacks by the Syrian government (regime), the Syria Civil Defense have courageously saved lives and delivered critical services to a desperate population,” the announcement said about the White Helmets.
The Director of the rescue group, Raed al-Saleh, received The Elie Wiesel Award and said that rewards are a new podium to bring the suffering of the Syrian people.
__new_in_first_article1__
"We always seek to attend and receive honours and rewards in order bring with us the real message of the Syrian suffering to the whole world," al-Saleh told Orient News' Kinana al-Shareef.
The group’s rescue efforts have shown how the Assad militias and the Russia forces have targeted schools, hospitals and other civilian facilities.
"We have rescued more than 116.000 people from under the rubble, but we have paid a heavy price. We have lost a large number of our volunteers. It's painful to know that we have lost 261 volunteers," al-Saleh said.
The museum, which is the country’s official Holocaust memorial and is located in Washington, DC, announced on Monday that it was giving the 2019 Elie Wiesel Award to two recipients: the Syria Civil Defense and Serge and Beate Klarsfeld, a couple known for their investigation into Nazi war criminals.
قيم هذا المقال