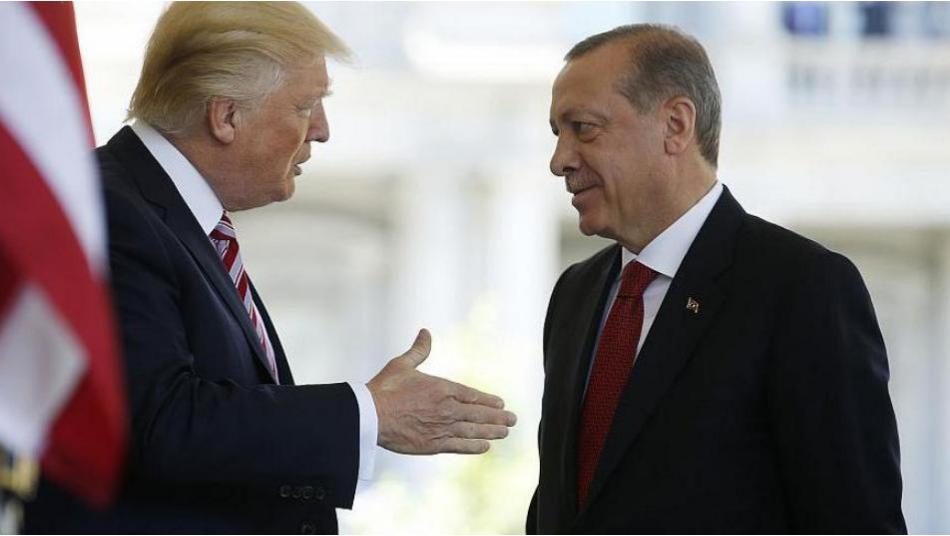 Orient Net
Turkish President Recep Tayyip Erdogan held a phone call with his US counterpart Donald Trump Monday (April 29) to discuss bilateral and regional issues, including Ankara's proposal on establishing a S-400 working group, DS reported.
The two leaders exchanged views on recent developments in Syria and agreed to cooperate closely in the fight against terrorism, the Turkish presidency said in a statement.
The US and Turkey are reportedly negotiating a plan to jointly patrol a 32-kilometer-deep safe zone in northern Syria along the Turkish-Syrian border.
Erdogan and Trump also reaffirmed their commitment to increase bilateral trade between both countries to $75 billion annually, and discussed steps to be taken toward reaching that goal. Turkey's Trade Ministry and the US Department of Commerce recently established working groups to accomplish the trade goals following the visit of a large Turkish delegation composed of ministers and businesspeople this month.
The presidency said Erdogan once again proposed forming a joint technical group regarding Turkey's pending procurement of the S-400 defense system from Russia, which has become a major point of contention between Washington and Ankara.
In December last year, Trump announced that Washington would pull its troops out of Syria, saying that ISIS was defeated. The withdrawal decision was quickly interpreted as a sign of the end of US support for the PKK-affiliated People's Protection Units (YPG), which Turkey sees as a terrorist organization.