In the Summer of 2018, the Assad regime started releasing thousands of death notices for detainees. Amongst the names were members of Amina’s family. Amina Khoulani told their story at Alive in Graves, an event in London organised by Amnesty International UK, Save The Rest, and Urnammu, in September 2018.

My name is Amina. This is not the first time that I sit down and tell people my story, and the story of my three brothers. Tens of news channels, newspapers, events, have been talking to me about the story of my brothers, from 2011 when they were first detained to this time.

The difference is that in the past I used to talk about them full of hope that I was going to meet them some time again, that they would be released from their prison and I would see their faces, but this is the first time that I will talk about them since I got the news that they were killed under torture.

It’s very difficult for me to sit down and tell this story.

We started to lose hope, we Syrians, after we had been telling the story of ourselves a hundred times to everyone, but no-one had listened to our pain, and no-one understood what the pain meant to us.

Later on I decided that no. I have to tell everyone of their story. I feel very proud of them because they were the first ones who drew the big dream and the big vision of Syria for everyone. And they had a dream like any of you British people, the same as anyone in a country that takes care of human rights.

I took the decision to tell the story of my brothers and all other young men who sacrificed themselves for the big dream, the big vision of Syria, and democracy and freedom, because they deserve that. They deserve their stories to be told and their remarkable work to be remembered.

And I will never stop talking about their stories and telling people about how brave and how great they used to be, because it might not be my turn, not in my lifetime, to see accountability and justice prevailing, but maybe the next generation are going to see it prevail. We have to tell the whole world about the crimes of the Assad regime, and the atrocities they committed.

The first one I’m going to tell you is the story of Majd, the youngest brother of mine, the one that we call in Syria the last piece and the vine of the grapes. 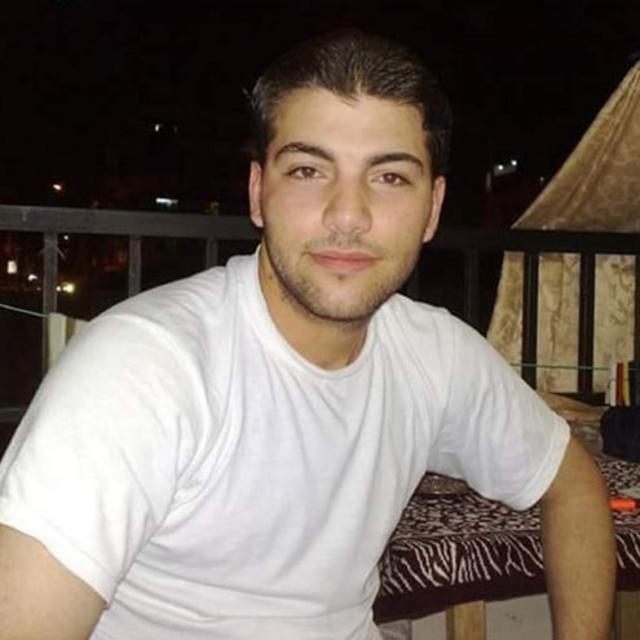 He was studying law at Damascus University, in his second year. Majd took the decision to go to the streets at the very beginning of the Syrian revolution, and he was a peaceful activist who demonstrated for a free democratic Syria for everyone, a Syria that respects the citizenship of all citizens there.

The last thing that Majd wrote on his Facebook page was that all the blood of every single Syrian is prohibited from being scattered, including the members of the army and the security forces—the same security forces who took the decision to detain him and torture him to death.

Majd and his colleagues, they were the ones who initiated distributing flowers and water bottles to the security members and soldiers during demonstrations. Because they wanted to deliver a great message to them, that ‘You and I are one, so why are you killing me?’ And they wanted to tell them, ‘We are peaceful demonstrators, we don’t want any bloodshed.’ And they went to them, to hand them the flowers and the water bottles. On a bottle of water they put the Syrian flag—now we use the revolution flag—and on the other side of the flag they’d write: ‘You and I are Syrians; we are the same, so why do you have to kill me?’ And despite that they were shot by the Assad militiamen. And that day his colleagues were shot and he was detained.

During all the demonstrations he attended, he used to wear this red t-shirt, and when he was arrested he was wearing that red t-shirt.

My eldest brother, Abdulsatar, he used to go to demonstrations and participate in them. He was married with two kids. He was almost newly married. And this is his photo at his wedding. 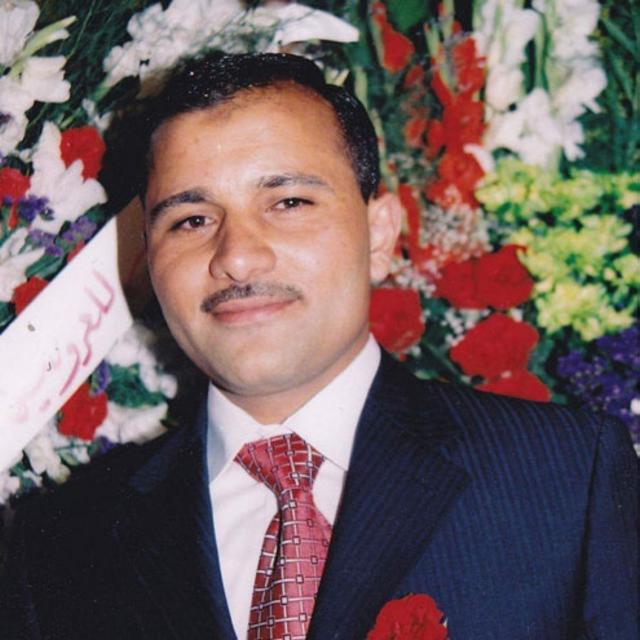 The Air Force Intelligence arrested Abdulsatar, and we didn’t know any piece of news about him. That was the first time where we contacted Amnesty. Amnesty was the first organisation that acted in aid of my brothers after they were detained. But it didn’t work. The regime never replied to any appeals. We did not receive any piece of information about them. And we kept living sometimes in hope and other times in despair until we got the chance to visit them in December 2012 in Sednaya Prison.

Of course it was an awful shock because we had bribed the officers in the regime to allow us to go to Sednaya Prison, we paid a lot, and we went through all the regime officers, and they allowed us to go see them behind three layers of barriers between us and them. We were only there ten minutes. We agreed to only see them for ten minutes at that time.

I don’t know why the regime kept chasing my family. In November 2012 we were forcibly evicted out of my hometown Daraya, and we moved to live in Mazzeh, which is close by. But because we hold the ID of being from Daraya, and we are of the Khoulani family which is a family that participated in the revolution, this meant that we were cursed as a family, and the intelligence forces they broke into the house that we rented in Mazzeh and they arrested my other two brothers, Bilal and Mouhamed, though they had never participated in demonstrations.

After six months, and after paying loads and loads of money to regime officers to gain any piece of news about my two brothers, we learned that they were taken by Branch 215, and because we paid loads of money they released just one out of two: Bilal. 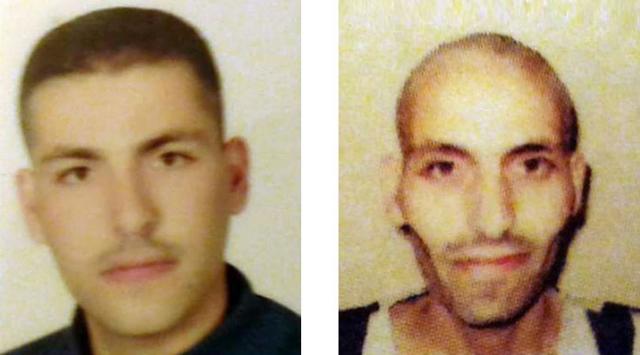 Fortunately he escaped to Lebanon, and from Lebanon he got resettled in Ireland, and he is recovering, thank God. He became kind of himself again. He survived. But to this day he shows the presence of torture. He still suffers from the torture.

When Bilal was first released it was a great happiness for the family, but at the same time it was a disaster, because when Bilal was released from prison he told us that he witnessed with his own eyes that my brother Mouhamed was killed under torture. And he was killed in the detention centre of Branch 215. But we refused to believe. We thought at that time that Bilal, when he was released from the prison, was mentally unstable, and maybe he was hallucinating, maybe he had seen things that had never happened. So we kept that piece of news to ourselves, myself and my other siblings, and we refused to let my mum and dad know about it.

Mouhamed, when he was detained, literally we wept. His wife was pregnant with his first child, so we didn’t let her know because she was still pregnant, and we thought that piece of news is not true.

We kept that piece of news a secret until the images of Caesar were leaked, and the first image that we were seeing was the image of my brother Mouhamed. It was horrible. But we still hold to the memories of his previous features.

I shall remember him as he was before he was detained.

When my family went to the regime and they asked about the reason why Mouhamed is dead, they received a note that his heart had stopped. He had heart failure. My brother was 24 years old. He was very young and healthy—how come he died of heart failure?

In 2013, the regime arrested me and my husband at the same time, same minute. We were taken in the same car to detention centres. That was a blow to my family as well, where they lost almost every kid in detention centres for six months, and my husband remained for two years, but we were both released. Everything that happened has never stopped me from speaking up for my brothers and for every detainee.

Me and a group of colleagues that I’m really proud of co-founded a group called Families for Freedom in 2016 in Geneva.

If no-one is going to talk about detainees, we are the families of the detainees, and we have to speak up for them. Maybe somebody is going to hear the story, they are going to hear our voice calling for them, and that was the reason for establishing Families for Freedom.

In 2018, cold-bloodedly, the regime started to release lists of young men and women killed under torture in the detention centres. And that release was very rude where they sent the lists to the civil registry and there they registered them as dead, as simple as that.

My home town Daraya itself, it received a list of a thousand young men who were killed under torture. Me and my family, we were very reluctant to go and search in the civil registry lists for my brothers, Majd and Abdulsatar, because we wanted to live in the hope that we were going to meet them one day. But later on we found out that no, we won’t then have a closure for that. We have to know their destiny.

Because no-one of my family is in Syria, no-one was able to get papers from the civil registry, and that was why we appointed a lawyer to take that mission. And we found that my two brothers were both sentenced to death, same day, same minute, 15 January 2013. And this is the piece of paper I received showing that we lost them.

I never lost faith in how just this revolution is. Despite that I might never see the results of this revolution with my own eyes, but maybe one day my grandchildren will feel very proud of me. I will never be silent.

Link to the original source of Syria Notes