US Central Command Chief has ‘resources necessary’ to deter Iran 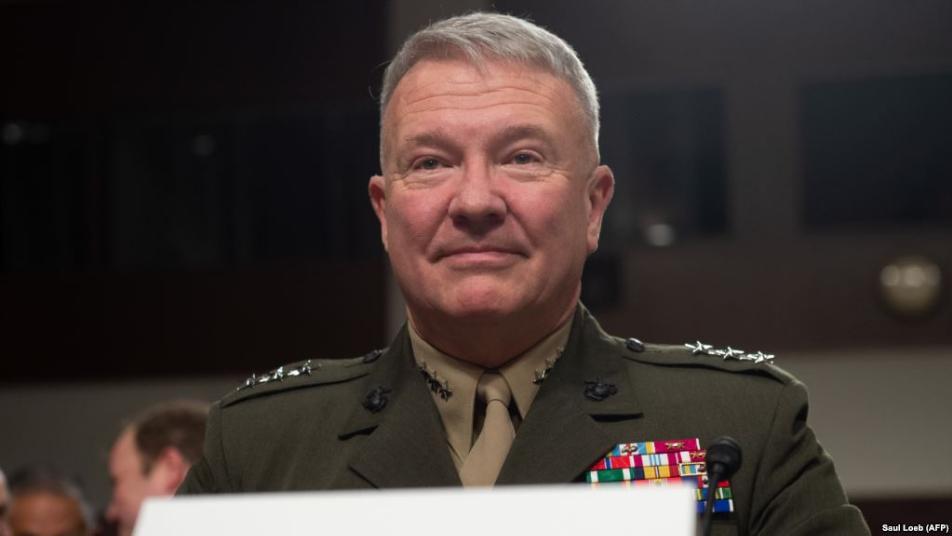 Orient Net
US Central Command chief General Kenneth McKenzie says the United States has the “resources necessary” to deter Iran from taking any “dangerous” actions in the Gulf region.
McKenzie told Sky News Arabia during an official visit to the region on April 27 that Washington would work with allies in the Gulf to present a united front against Tehran.
"We're going to continue to reach out to our partners and friends in the region to ensure that we make common cause against the threat of Iran," McKenzie was quoted by Sky News Arabia as saying, according to a transcript released by the Abu Dhabi-based channel.
"I believe we'll have the resources necessary to deter Iran from taking actions that will be dangerous. We will be able to respond effectively," he added.
Washington has been stepping up the political and economic pressure on Tehran since President Donald Trump took office in January 2017.
Trump in May 2018 announced Washington's withdrawal from the landmark 2015 nuclear pact and reimposed sanctions on Tehran that had been eased as terms of the accord.