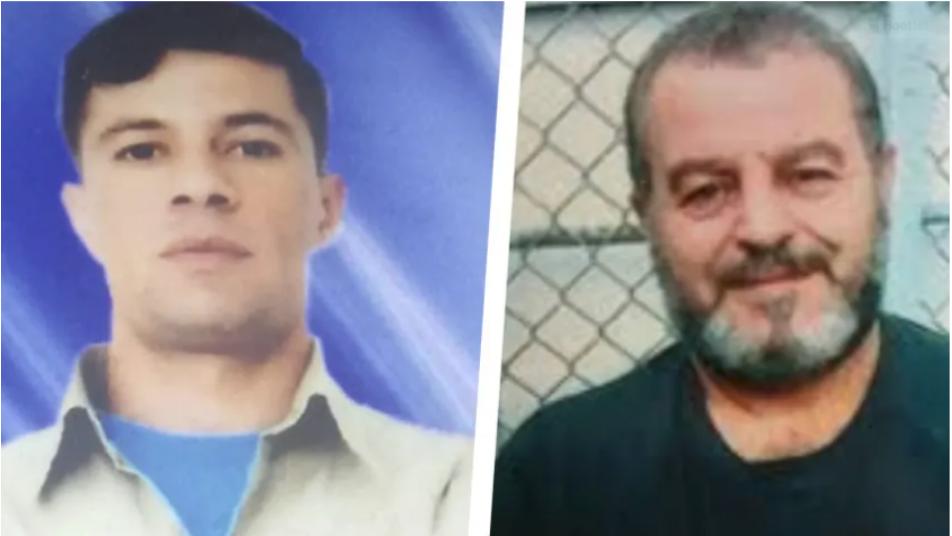 Ahmad Khamis and Zidan Tweil
Orient Net
The two Syrian prisoners Israel released as a “goodwill gesture” to the Assad regime following the return of an Israeli soldier’s remains are a Fatah operative jailed for an attempted attack on soldiers and a drug smuggler.
Hamis Ahmad, of the Yarmouk refugee camp in Damascus, was jailed in 2005 for an attempt to infiltrate into Israel and attack an Israel Defense Forces base, and was to be held until 2023.
Zidan Tweil, of the Syrian village of Khader, has been jailed since 2008 for drug-related offenses and was to be freed in July. According to the Haaretz newspaper, Tweil claimed during his trial that he was wanted by the Assad regime, saying it falsely believed he had collaborated with Israel against it.
It was not immediately clear whether Tweil’s claims were based in fact.
Israel confirmed earlier Saturday that the two Syrians would be released as a gesture to Damascus after the return a month ago of the remains of Zachary Baumel, an IDF soldier who fell in battle in 1982.