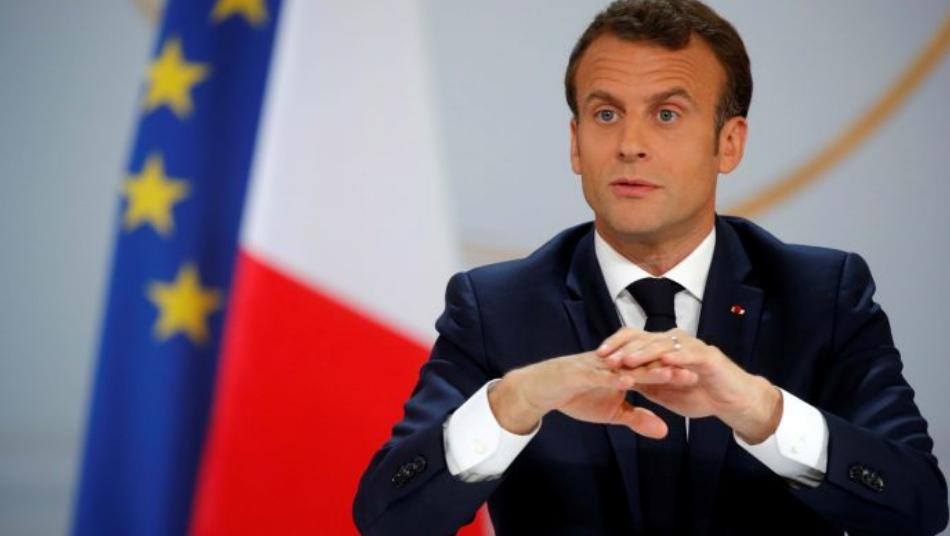 French President Emmanuel Macron during a news conference at the Elysee Palace in Paris on April 25, 2019. REUTERS/Philippe Wojazer
At the first major news conference of his presidency, Emmanuel Macron pledged to cut taxes on Thursday (April 25) and said the French would have to work longer as he outlined his response to months of anti-government protests that have shaken his authority, Reuters reported.
Macron took reporters’ questions for nearly two-and-a-half hours, part of an effort to redress the rocky relationship he has developed with the media.
Almost two years into his five-year term, and following a national listening tour, the prime-time event was also Macron’s attempt to quell nearly six months of ‘yellow vest’ protests that have brought weekly unrest to the country.
A first slate of economic measures put forward last December, and worth some 10 billion euros ($11.13 billion), failed to calm anger among lower-income workers and prompted Macron’s decision to hold a “great debate” with citizens.

__new_in_first_article1__
The 41-year-old president, a former investment banker and economy minister, said he wanted a significant cut in income taxes, saying it would be worth around 5 billion euros, financed by closing loopholes for some companies.
The tax cuts come as France is trying to keep its budget deficit in check, while at the same time hoping to rid itself of a reputation as the world’s most highly taxed country. Figures from the OECD show France’s ‘tax-take’ is equivalent to 54 percent of gross domestic product.
Along with the tax relief, Macron said government spending would be squeezed and the French would have to work longer to build up social contributions, an announcement that is unlikely to be popular in a nation known for its 35-hour week.
The ‘yellow vest’ street rebellion erupted over planned diesel tax hikes last November, but quickly developed into a broader backlash against inequality and a political elite perceived as having lost touch with ordinary voters.
قيم هذا المقال