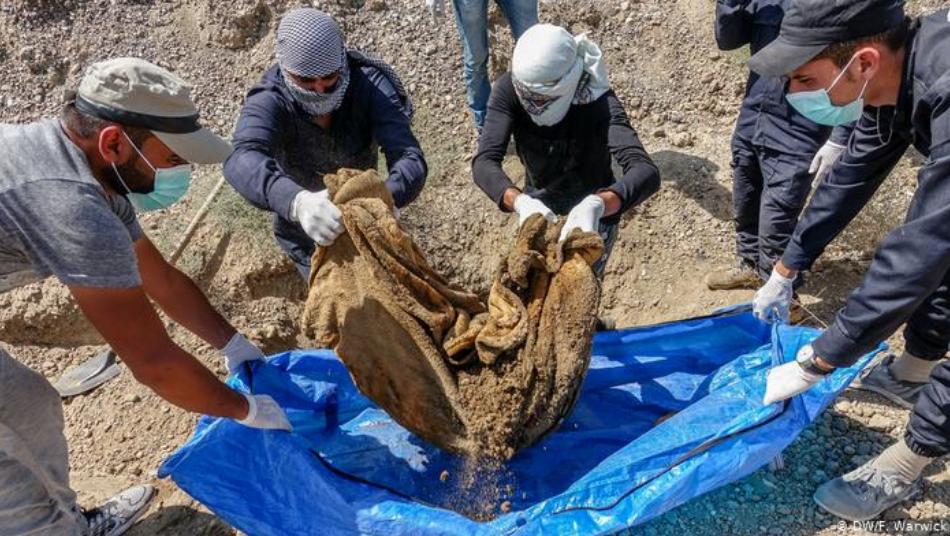 Orient Net
Intensive US-led coalition bombardment on the Syrian city of Raqqa killed more than 1,600 civilians over four months in 2017, according to a report released on Thursday (April 25), AFP reported
The findings were compiled after months of field research and extensive data analysis, including via a project that saw 3,000 digital activists scan satellite imagery online.
In mid-2017, Raqqa had been the de facto Syria capital of ISIS for three years and the US-led coalition launched a military campaign to crush ISIS.
The unprecedented investigation, carried out by Amnesty International and the Airwars monitoring group, urged top coalition members to show more transparency and accountability.
"Many of the air bombardments were inaccurate and tens of thousands of artillery strikes were indiscriminate," said Donatella Rovera, crisis response advisor at Amnesty.
The civilian death toll from the coalition's Raqqa campaign, which supported Kurdish-led ground forces in their successful advance against ISIS, stands at more than 1,600, according to the report.
The coalition has admitted to around 10 percent of those deaths, it said.
"Coalition forces razed Raqqa, but they cannot erase the truth," Rovera said.
"Amnesty International and Airwars call upon the Coalition forces to end their denial about the shocking scale of civilian deaths and destruction caused by their offensive in Raqqa."
Rovera said a number of reasons explained the high casualty toll among civilians, including failing intelligence and surveillance, and the use of inappropriate weaponry.
In many cases, buildings in Raqqa were targeted following insufficient remote surveillance, Rovera said, killing entire families that were still living or sheltering in them.
Amnesty also criticised the extensive use of artillery in the battle for Raqqa, which one US military official boasted was the US's highest since the Vietnam war.
One of them was a project called Strike Trackers, which employed digital volunteers from 124 countries to identify each one of the 11,000 destroyed buildings in Raqqa by analysing more than two million frames of satellite imagery.
The coalition responded by saying it investigated reports submitted to it by various sources, including Amnesty, and complied with international humanitarian law.
The coalition said in a statement Thursday that it conducted a total of 34,464 strikes in Iraq and Syria since it was created in August 2014, unintentionally killing at least 1,291 civilians, according to its latest statement.
Parts of Syria such as Eastern Ghouta, near the capital Damascus, also came under intense bombardment from Assad militias and Russian forces but the same rights groups are not able to carry out investigations there.