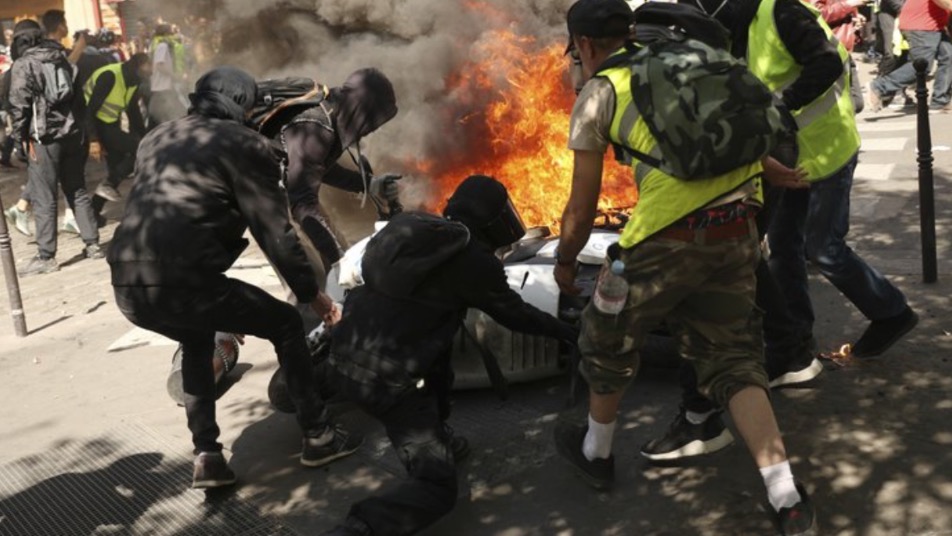 Orient Net
French yellow vest protesters set fires along a march through Paris to drive home their message to the government that rebuilding the fire-ravaged Notre Dame Cathedral isn’t the only problem France needs to solve.
Like the high-visibility vests the protesters wear, the scattered small fires in Paris appeared to be a collective plea to French President Emmanuel Macron’s government to “look at me — I need help too!”
Police fired water cannon and sprayed tear gas to try to control radical elements rampaging on the margins of the largely peaceful march. The protests marked the 23rd straight weekend of yellow vest actions against Macron’s centrist government, which they see as favoring the wealthy and big business.
Protesters view themselves as standing up for beleaguered French workers, students, and retirees who have been battered by high unemployment, high taxes and shrinking purchasing power.