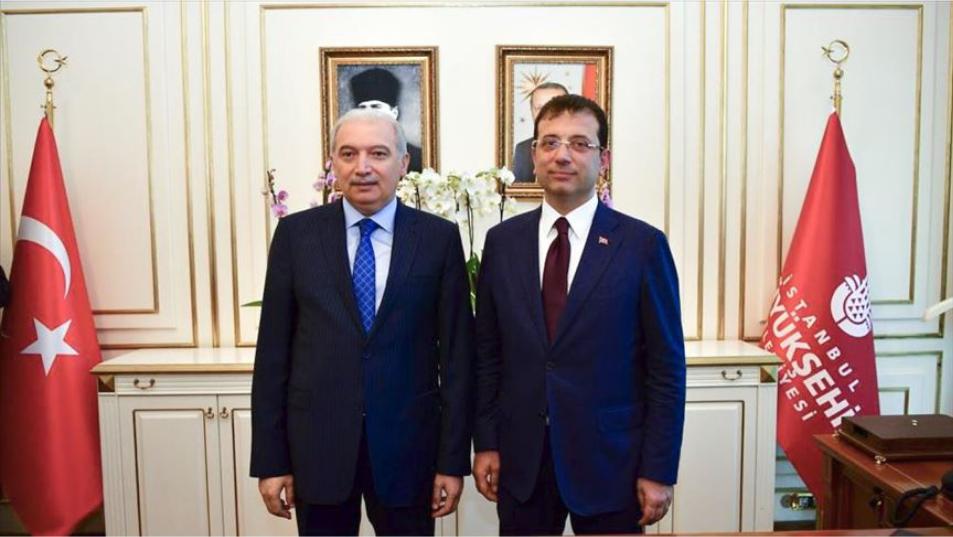 Orient Net
Following a number of recounts from Turkey’s local elections last month, the Istanbul mayoral candidate from the main opposition party on Wednesday received his certificate of election from electoral authorities.
Ekrem Imamoglu of the Republican People's Party (CHP) was awarded the certificate of election at Caglayan Courthouse, where the Istanbul Election Council is located, to become mayor of Istanbul.
The certificate followed recounts in districts of the metropolis such as Maltepe, Buyukcekmece, and Fatih.
Speaking to reporters at the Istanbul Metropolitan Municipality building, Imamoglu said: “I’ve received the certificate of the election on behalf of the 16 million people [of Istanbul].”
“We are aware of our responsibility. We know the needs of this city. We know the demands of all the people living in this city and we will immediately start serving them.”
“All departments of Istanbul Metropolitan Municipality have been transparently opened to the people as of today,” he added.
Over ongoing appeals of the election results, the newly elected mayor said: “We are waiting for clear statements from the related councils immediately for the peace and happiness of people living in our city.”