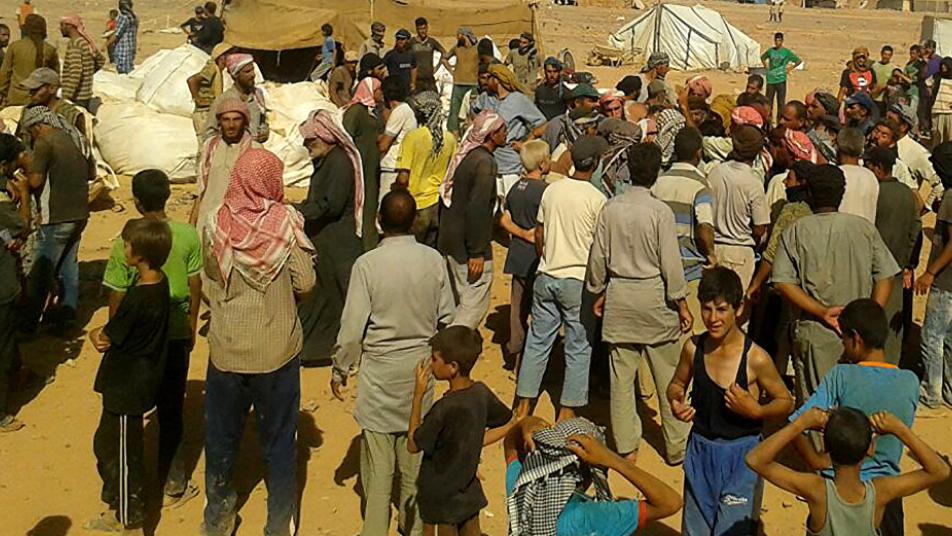 Orient Net
A batch of Syrian Internally Displaced Persons (IDPs) left the Rukban Camp into the Assad militia's areas, local sources reported.
The IDPs left on Tuesday (April 16) on trucks, taking the crossings built by Russians 55 km away from the Syrian desert, according to the Badia 24 Facebook page.
They were taken to asylum centres in Deir Ba'lba in the city of Homs, where civilians are banned from leaving before three months until they are "integrated".
At least 100 IDPs left on Sunday from the Rukban camp. They financed their journeys. The journey for each family cost 300.000 Syrian pounds.
The US military said Monday (April 8) that it is not preventing Syrians from leaving a remote displacement camp near an American base in Syria and is urging Russia to help facilitate the delivery of humanitarian aid.
The camp, which is surrounded by areas controlled by the Assad regime, lies within a “de-confliction zone” agreed to by the US and Russia.