US urges Russia to facilitate aid to Rukban camp 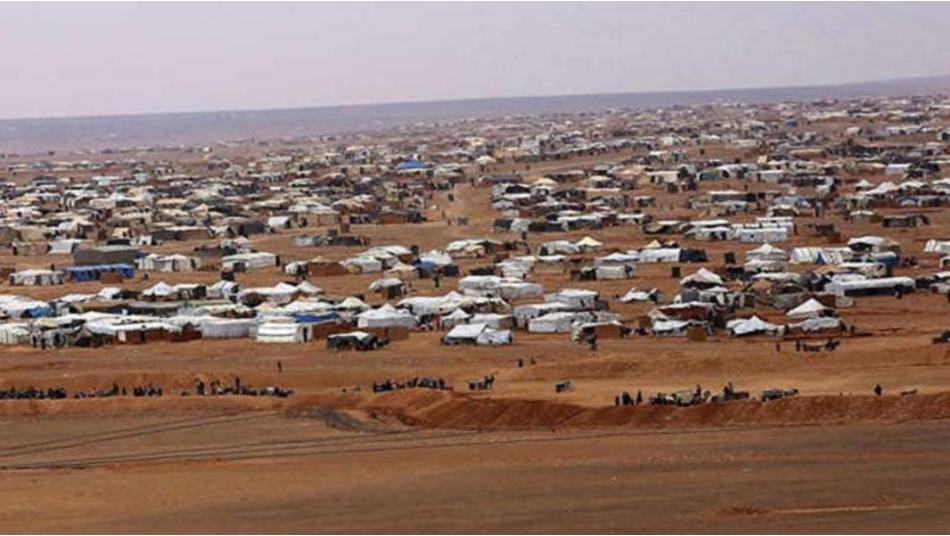 File Photo
Orient Net
The US military said Monday (April 8) that it is not preventing Syrians from leaving a remote displacement camp near an American base in Syria and is urging Russia to help facilitate the delivery of humanitarian aid.
Russia has recently called for the Rukban camp near the Jordanian border to be dismantled and accused the US of hindering such efforts.
Speaking in Jordan on Sunday, Russia’s Foreign Minister Sergey Lavrov called the US presence in the area “unlawful,” saying it has “unilaterally” created “some kind of safe zone.”
The camp, which is surrounded by areas controlled by the Assad regime, lies within a “de-confliction zone” agreed to by the US and Russia.
Col. Scott Rawlinson, a spokesman for the US military, said Monday that the US military has stressed to the Russians the “importance” of the zone “in clear and unambiguous terms.”
The US “expects all parties to abide by this (de-confliction) agreement,” he said in an email to the Associated Press.
Rawlinson said the US supports efforts by the United Nations to improve conditions for the over 40,000 people housed in Rukban camp. He said their departures from the camp should be “safe, informed and voluntary.”
UN officials have said most of Rukban’s residents want to leave, but fear for their security and need more safety guarantees.
At least 400 camp residents left Sunday toward shelters provided by the Assad regime in central Homs province, bringing the total of those who left since March 24 to 1,660 people, according to the UN.
Based on AP