Migrants planning to cross to Greece held in Turkey 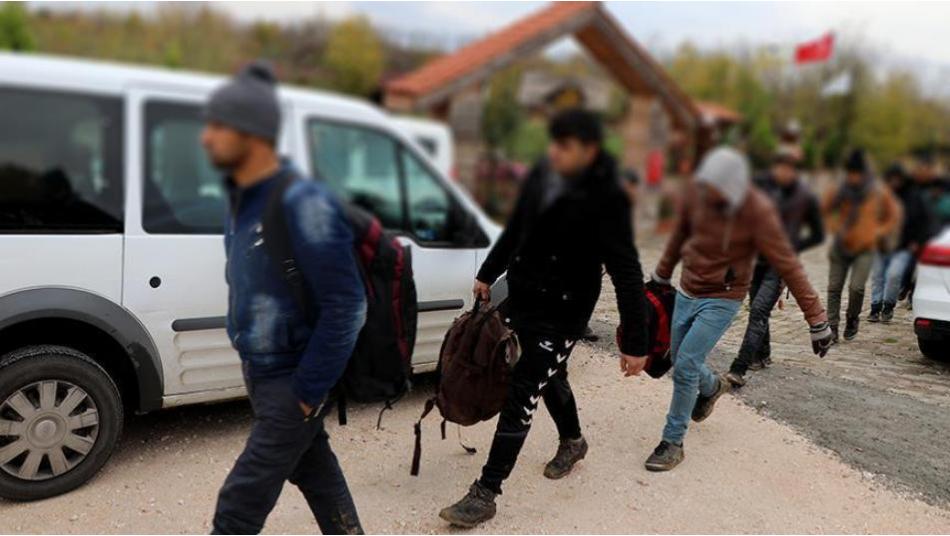 File Photo
Orient Net
Security forces held 3,099 irregular migrants across Turkey, sources said Sunday (April 7), AA reported.
Some 979 migrants made a beeline to southeastern Edirne province as of Thursday night after they were told on social media that Turkey would allow them to cross the border, said the sources who asked not to be named, due to restrictions on speaking to the media.
Upon a tip-off, police and gendarmerie forces increased security measures near the border to prevent the influx of migrants.
Iranian migrant Ali Huseyni said: “Thousands of people organized to cross the border after they were told on social media that Turkey’s border gate would be open for crossings.”
“People on social media groups wrote to us: ‘You go to Edirne and then we will cross to Greece from there',” Huseyni said.
He urged other migrants not to come to Edirne, saying: “Borders are not open.”
In separate operations in the Aegean province of Izmir and Aydin, security forces held 174 irregular migrants for entering Turkey illegally.
Separately, in eastern Van province, gendarmerie forces held 67 migrants during regular patrols.
Turkish police also held some 1,879 irregular migrants in two separate operations in capital Ankara, according to security sources.
All migrants were referred to the provincial migration offices, the sources added.
Turkey has been the main route for irregular migrants trying to cross into Europe, especially since 2011 when the war in Syria began.