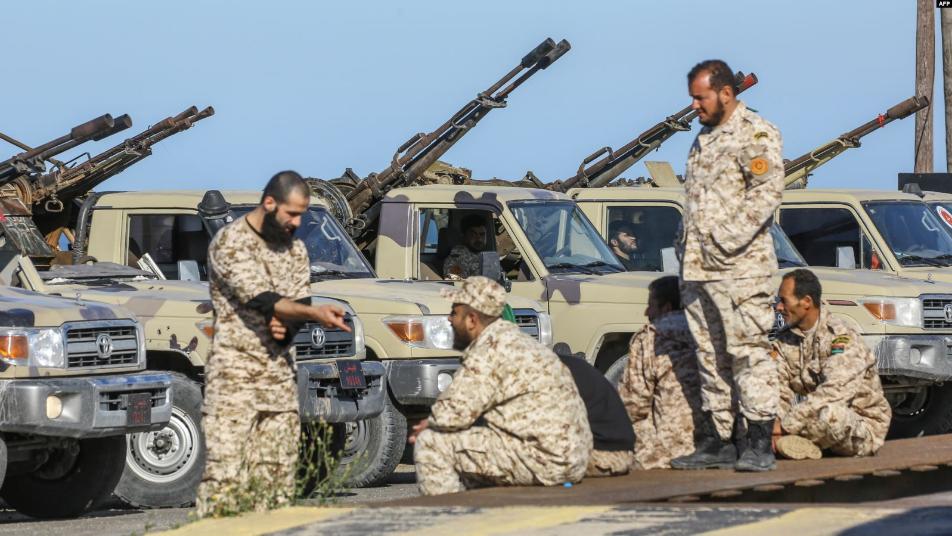 It remains unclear whether Libya's eastern-based army will have the military capacity to seize the capital, Tripoli, by force, said an intelligence and foreign policy analyst on Saturday.
The self-styled Libyan National Army (LNA), led by General Khalifa Haftar, on Thursday launched an operation to take over Tripoli where the United Nations-backed government is based.
The army's spokesman, Ahmad al-Mismari, on Friday revealed that the army is making significant progress towards the city, and that areas in southern Tripoli are now under control by the army.
__new_in_first_article1__
Dozens of militias have fought for control of the energy-rich North African country since a NATO-backed uprising toppled and killed longtime dictator Muammar Gaddafi in 2011. Haftar's forces have emerged as a key player, opposing the government in Tripoli and backing a parallel administration in the east.
Kamran Bokhari, author of "Political Islam in the Age of Democratization" and director at the Center for Global Policy think tank, told China Global Television Network (CGTN) the army will face severe resistance in Tripoli.
"I mean I don't see any lack of intent. I'm more concerned about capability, and that's where I'm not sure whether his forces are up to the task. I mean he was able to take over much of the southwest, I mean easily. Tripoli, he's going to face a lot of resistance. So we're looking at a long, protracted conflict, not that Libya hasn't already seen that, but in the case of his forces taking aim at the capital, Tripoli," said Bokhari.
قيم هذا المقال 6 0