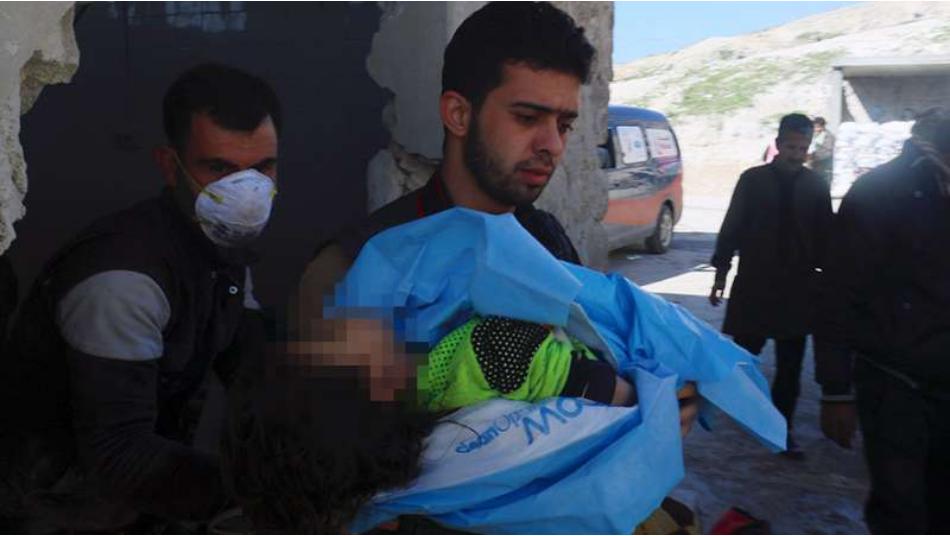 A man carrying a dead child after the chemical attack on Khan Sheikhoun. Reuters -File Photo
On the 2nd anniversary of the chemical massacre in Khan Sheikhoun, one of the White Helmets volunteers recounts some of the details he lived on that tragic day.
Mazen al-Sayed, 28,  a survivor of the massacre lost several friends and relatives that day.
On the fourth of April 2017, Assad regime launched a chemical weapons attack on Khan Sheikhoun town south of Idlib, killing at least 100 civilians and wounding about 500 others.
In retaliation, the US military fired, on April 7, 59 Tomahawk cruise missiles from its warships in the Mediterranean Sea on Assad regime’s al-Shayrat air base, from which the chemical attack was launched.