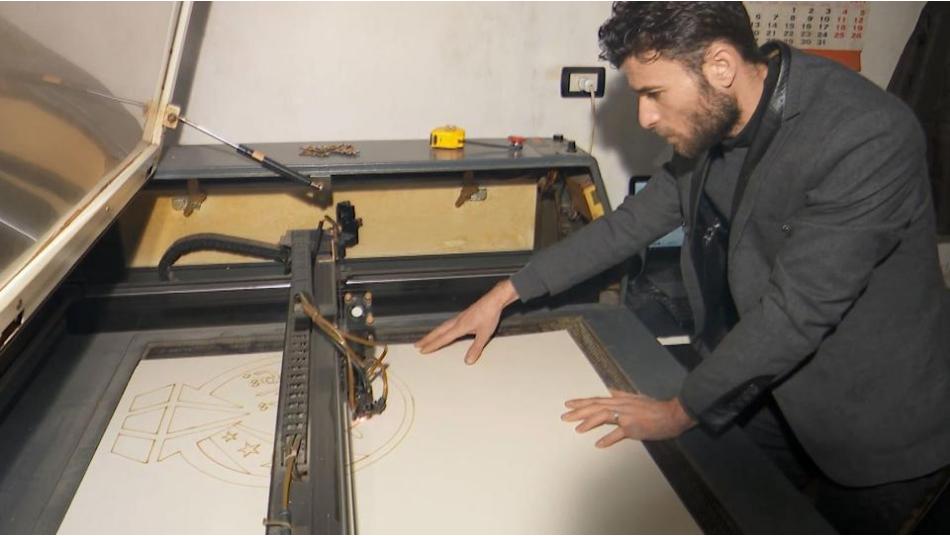 TRT Photo
Orient Net
Artist Youssef Shaabou is one of millions of Syrians hoping to find some comfort in the midst of a war that has killed hundreds of thousands of people, TRT reported.
Syria's eight-year war has killed hundreds of thousands of people. Millions have lost their homes. And in the middle of this brutal conflict, many Syrians turn to their passions to express themselves.
"I'm turning a silent piece of wood into something that's alive and speaks. Each piece has its own story. It's not just a lifeless piece of wood. Each piece has its own soul," Youssef Shaabou, a Syrian artist, told TRT World.
Shaabou has been working with wood etchings since he was young. Now, from his workshop in Azaz in northern Syria, he is passing on the art of wood carving to other people.