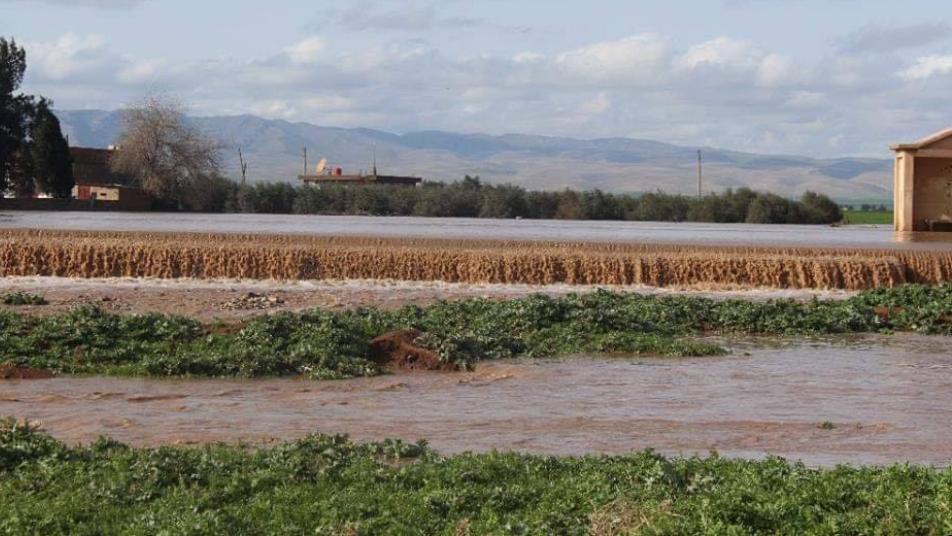 Orient Net
Thousand of locals have fled their homes after the heavy downpour hit Hasaka countryside in northern Syria, local sources said.
At least five thousand Syrians fled on Tuesday (April 2) from the town of Tel Hemis after heavy damage was caused in their houses and properties, Euphrates Post said.
UN Reports
More than 40,000 displaced people in northwestern Syria have seen their camps flooded by heavy rains in the past three days, a United Nations spokesman said Tuesday.
Around 14 camps were affected in the northwestern province of Idlib, David Swanson of the UN Office for the Coordination of Humanitarian Affairs told AFP.
The Idlib region is home to more than 3 million people — more than half of them displaced by the country’s eight-year war.