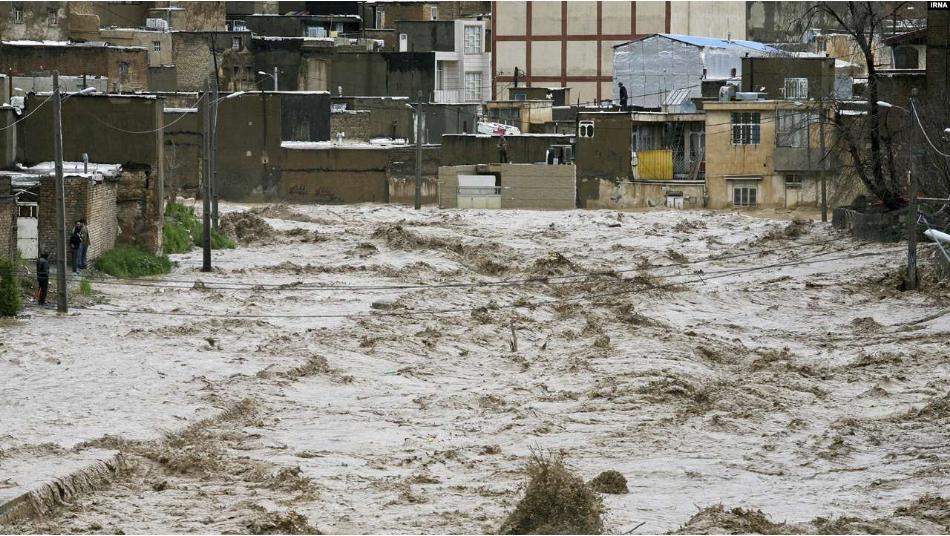 A huge flood wave inundated Khorramabad, capital of Lorestan province on Monday, April 1, 2019
Orient Net
Floods have demolished over 25,000 houses across Iran in less than two weeks, Hadi Derafshi, an official at the Iranian Housing Foundation told reporters on (Monday April 1), RFE reported.
Iranian regime news agency IRNA also quoted Derafshi as having said that "over 60,000 more houses have been damaged by the floods and need restoration."
Meanwhile, the immediate the order for evacuation of three cities in western provinces was issued Monday afternoon, as floods completely swamped the Khorramabad, the capital of Lorestan province.
The city's airport is also submerged and all flights to and from Khorramabad have been cancelled, the official said.
The provincial director of Red Crescent in Lorestan said that contact has been lost with most areas.
Meanwhile, Iran's southbound railways have also been partly submerged in flood water while landslides have blocked the railways in other parts of the route.
In another development, Iran's traffic police announced that snowfall in five provinces and heavy rainfall in 20 others have caused more problems.