'Tragic life' for the displaced in Syria's al-Hol camp 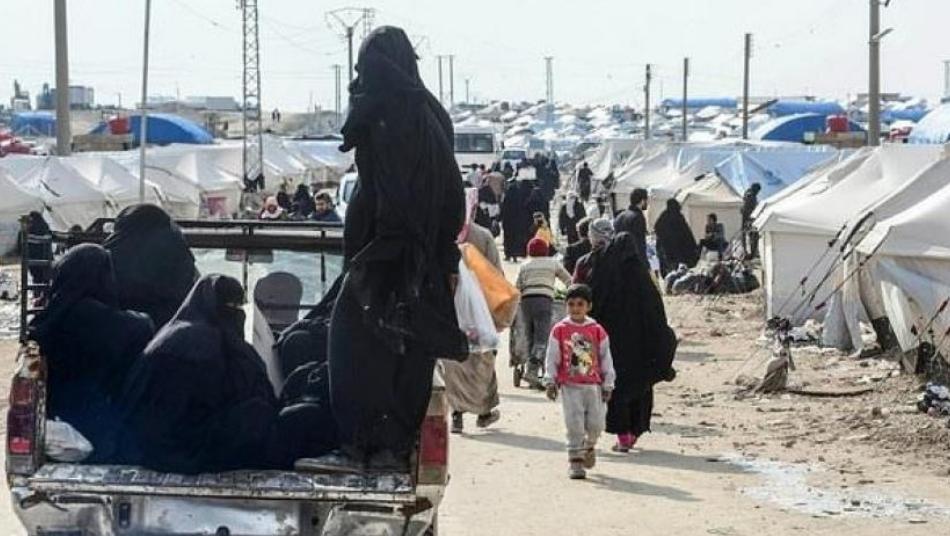 Al-Hol camp brims with more than 70,000 people but was only designed to accommodate a seventh of that number - AFP photo
Malnourished children struck down by chronic diarrhoea, mothers too weak to breastfeed -- in northeastern Syria's Al-Hol camp, a humanitarian emergency is unfolding.
Arabic, French, German and English voices fill the air in the muddy alleyways, as foreign women who married into ISIS group and civilians displaced by the fighting against jihadists seek out assistance.
But while much divides the two groups, one thing unites them; they despair over the camp's lack of food and medical care.
On Wednesday, a Syrian child died at the al-Hawl camp in Hasaka countryside after his health deteriorated due to the lack of health care and the lack of medical supplies in the camp.
Last week, 12 people died after arriving at the camp, according to the International Rescue Committee (IRC).
"It is a tragic life," said Najwa Ali Jolane, a young Syrian mother who has lived at Al-Hol for three and a half months.
"We lack everything," the 20-year-old said.
Flapping in the springtime breeze, white tents embossed with the UN refugee agency's acronym UNHCR stretch as far as the eye can see.
__new_in_first_article1__
The most fortunate families in Al-Hol have their own tents, while the unlucky ones shelter with dozens of others in warehouses.
"There are 10,000 people living in large communal tents which lack privacy," said Paul Donohoe, from IRC.
An extra 5,000 tents are needed to house people, he said.
The flood of arrivals in Al-Hol has transformed the camp into a chaotic town.
It now brims with more than 70,000 people, but was only designed to accommodate a seventh of that number.
WFP's Syria spokesperson Marwa Awad acknowledges that "humanitarian conditions in Al-Hol camp are extremely critical".
"What is lacking is proper space for the continuous influx of people as well as proper health facilities to treat injuries and diseases," she said.
The future of the 9,000 women and children held in the foreigners' section of Al-Hol is a constant headache for Kurdish militias, who want to get rid of them, but Western capitals are reluctant or outright refuse to bring them home.
Based on AFP
قيم هذا المقال