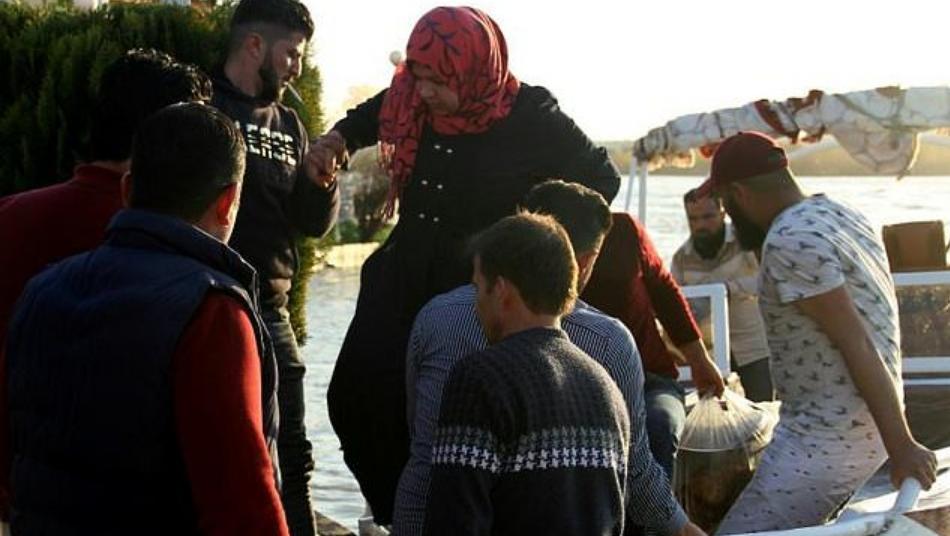 AFP Photo
Orient Net
Almost 100 people, mostly women and children, died Thursday (March 21) as a ferry packed with families celebrating Kurdish New Year sank in a swollen river in Mosul city, in Iraq's worst accident in years, AFP reported.
Prime Minister Adel Abdel Mahdi decreed three days of national mourning as he visited the site of the tragedy. He ordered a swift investigation "to determine responsibilities".
The vessel was crammed with men, women and children crossing the Tigris to go to a popular picnic area to celebrate Nowruz, the Kurdish New Year and a holiday across Iraq marking the start of spring.
The accident, which struck as the overloaded vessel turned back, also coincided with Mother's Day in Iraq.
The interior ministry, issuing a fresh toll, said 94 people had died and 55 were rescued, after its spokesman Saad Maan said at least 19 children were among the dead.
"It's a disaster, no one expected that," said a young man who had just managed to reach the shore.
"There were a lot of people on the boat, especially women and children," he told AFP.
A Mosul security source said the high water levels and overcrowding on the boat, with well over 100 people on board, had been to blame for the disaster.
Search operations stretched far downstream from the site where the boat sank, according to an AFP journalist.
Iraq's last major boat disaster was in March 2013 when a floating restaurant sank in Baghdad, killing five people.