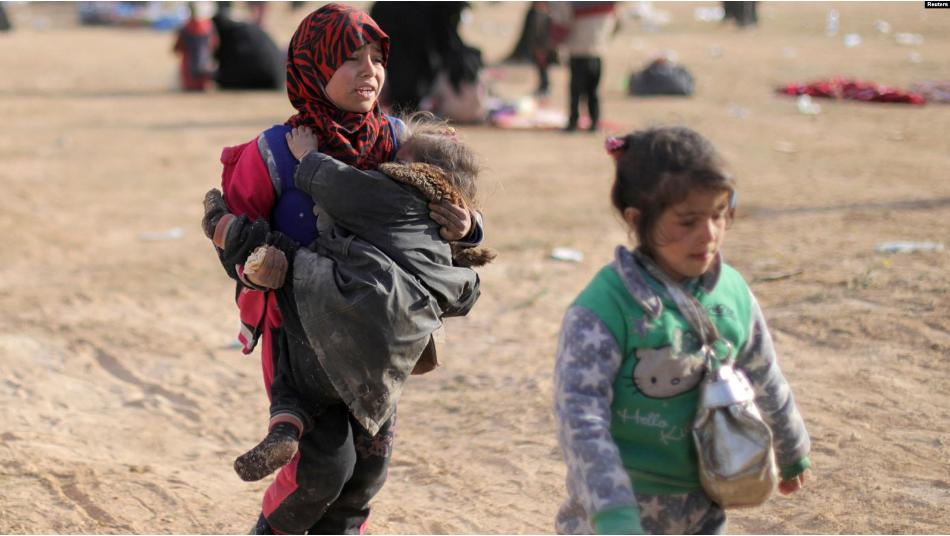 A girl walks as she holds a child near Baghuz, Deir el-Zour province, Syria, March 5, 2019. -Reuters Photo
Orient Net
Twelve people died overnight after arriving at a camp in northeastern Syria from ISIS’ final enclave at Baghouz, the International Rescue Committee said on Thursday (March 21), Reuters reported.
“Last night, another 2,000 women and children arrived at al-Hawl camp in northeast Syria from Baghouz. Up to 60 arrivals needed immediate hospitalization and there were another 12 deaths recorded,” IRC said in a statement.
“These women and children are in the worst condition we have seen since the crisis first began. Many have been caught up in the fighting and dozens have been burnt or badly injured by shrapnel,” Wendy Taeuber, IRC’s Iraq and northeast Syria country director, said in the statement.
“There have now been at least 138 deaths on the way to al-Hawl or soon after arriving at the camp since early December. The deaths have overwhelmingly been of babies and infants,” IRC said.