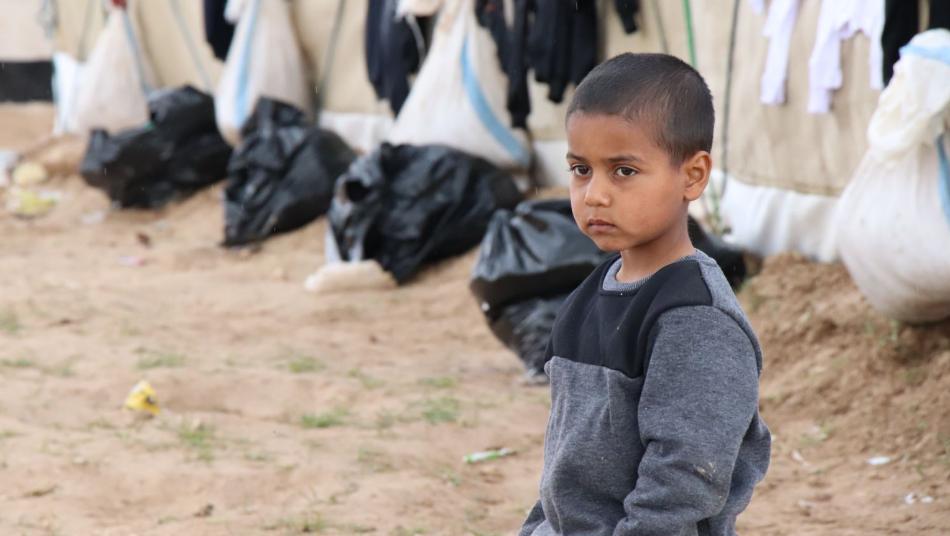 IRC says 108 children have died in or on their way to the al-Hol camp in Syria in recent weeks, pictured March 4, 2019, in al-Hol camp, Syria.
Orient Net
Children and babies are dying at increasingly rapid rates in or on their way to al-Hawl camp in Syria, as the population balloons with more evacuees from the last patch of land held by ISIS militants, according to the International Rescue Committee, VOA reported.
"Women and children are arriving at al-Hawl camp in the gravest condition," Wendy Taeuber, the International Rescue Committee's Iraq and northeast Syria country director, said in a statement Monday (March 18). "Many of the latest arrivals have been badly wounded from the fighting in Baghuz."
More than 120 people coming from Baghuz have died in recent weeks. Most were children under 5 years old. Hundreds of children have also been hospitalized, and about 250 more have arrived at the camp without an adult to care for them, the IRC said.
"We are still seeing a disturbing number of babies and infants dying soon after arriving at the camp because they are so badly malnourished or dehydrated," Taeuber added.
As aid organizations struggle to manage the crisis, the camp's population has grown to 70,000 people, with thousands arriving in the past few days.
Umm Abdu is one of about 13,000 people living in crowded tents, hoping she and her two children will be moved to a safer, more comfortable single-family one. In the meantime, she said, tensions are high in the camp, which doesn't have enough food or medical care.
The current phase of the battle for Baghuz began in early March, after a pause in the fighting while tens of thousands of people evacuated the last ISIS stronghold. The crowds were far more than anyone expected, and continue to grow.