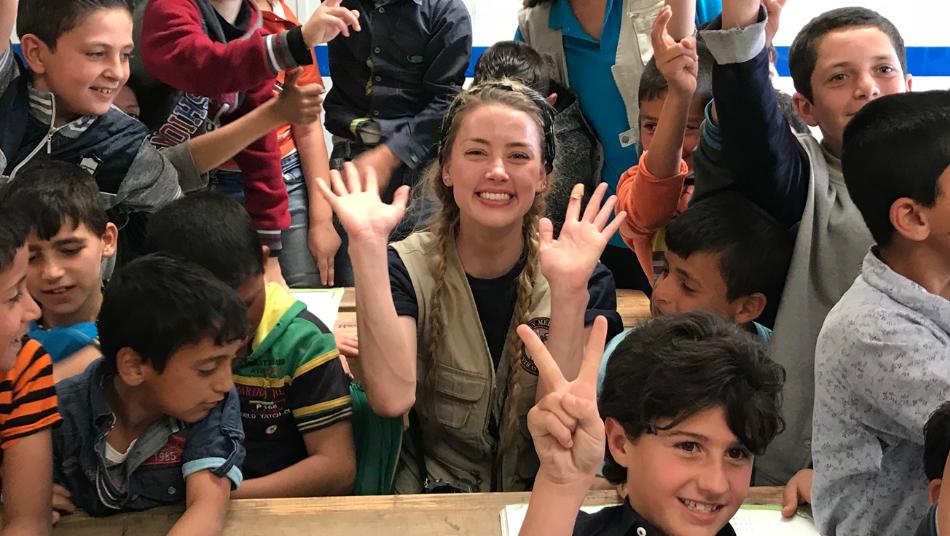 File Photo: Amber Heard visits Syrian refugees with SAMS
Orient Net
Amber Heard focused on her humanitarian work as she attended a special event in Chicago on Saturday (March 16) night.
The actress, 32, was the keynote speaker at the 2019 SAMS Annual Gala where she spoke about two medical missions she has undertaken to Jordan and Lebanon.
'Empathy is a remarkably selfless emotion,' she explained. 'It requires a person to leave the comfort of their own perceived place in the world and inhabit the experience of someone else.'
'It is an inherently frightening and disorienting state of being, one that can be extremely rewarding but also unbelievably draining.'
While she acknowledged that she herself has no medical training, she said she did have something to offer thanks to her celebrity.
'What I can do is use my platform and my skill as a storyteller to inspire others to take small incremental actions in support of a common cause,' Heard said.
The actress, who has been a strong advocate for the importance of charity work and helping those in need, has been devoted to helping displaced and injured Syrians get proper medical attention during her partnership with SAMS.
Last year, Heard spent a week at a camp that had about 660,000 Syrian refugees. It also doubles as a rehabilitation center for those who have been injured.
'My biggest takeaway from this trip is the indelible mark left on my soul after spending a week on the ground here' she confessed.
SAMS primarily operates in Syria, Jordan, Lebanon and Turkey where it has provided support to 110 medical facilities and over 3,000 personnel. More recently, its programs have begun to expand to other countries that are facing extreme poverty.
In recent years, Heard has also devoted her off-screen time to organizations like Amnesty International.
Based on Daily Mail