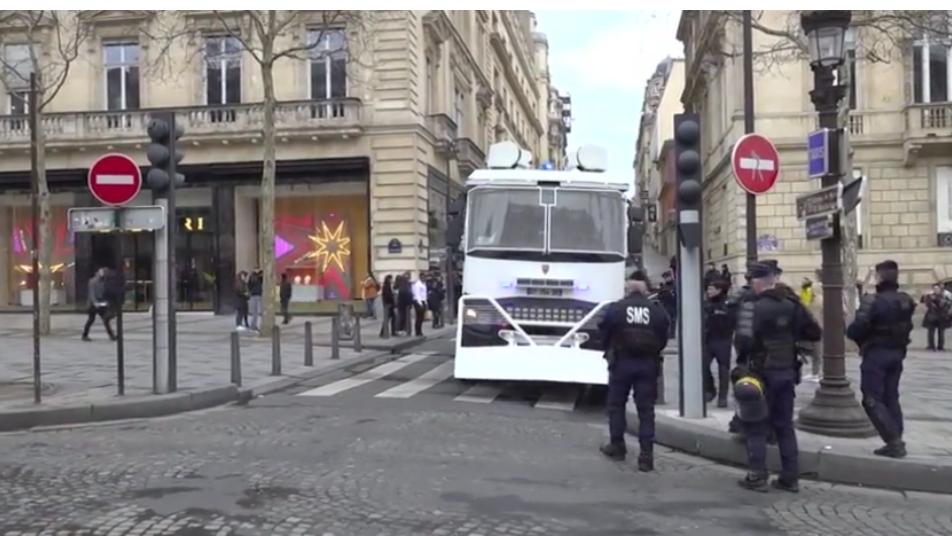 Orient Net
For the 17th consecutive weekend French "yellow vests" took to the streets of Paris on Saturday (March 9), protesting on the Champs Elysees before a march through the city.
By lunchtime 7,000 people took part in protests across the country according to interior ministry figures, a slight rise on last week but far short of the almost 300,000 when the movement was at its height.
The protest was led by a group of women, many child care workers wearing pink vests, to mark International Women's Day.
Yellow vests are calling for mass protests on March 16 to coincide with a climate march and the end of the Great Debate, a national listening exercise online and in town halls across the country which President Emmanuel Macron launched in response to the movement.