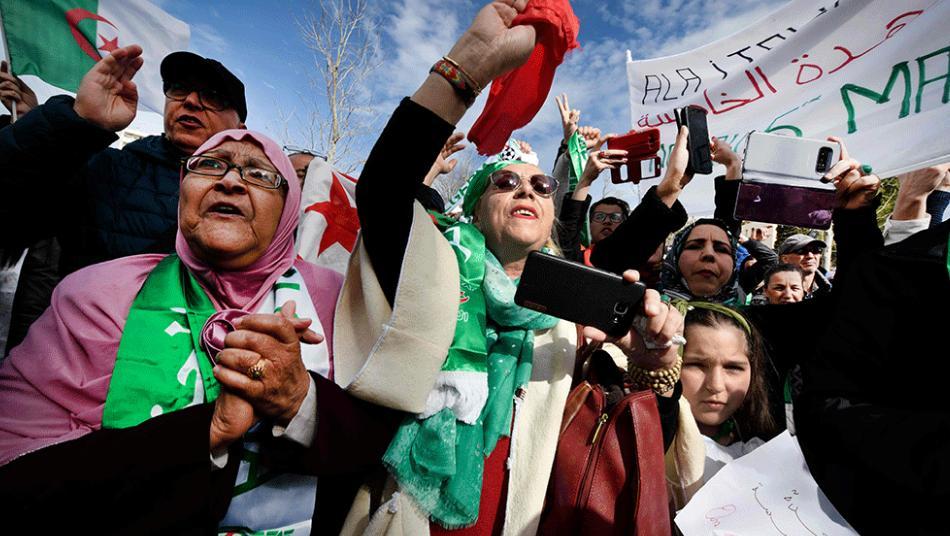 Orient Net
Tens of thousands of Algerians packed central Algiers to capacity on Friday (March 8) to challenge President Abdelaziz Bouteflika’s 20-year-old rule in the biggest protests in the capital in 28 years, Reuters reported.
The demonstrations, the latest in two weeks of rallies across the country against the veteran leader, were mostly peaceful, but police in the evening stepped up their use of tear gas to block the road to the presidential palace. They also used it in several other areas of the capital.
Security forces detained 195 people, state television said, citing offences such as looting. It added 112 policemen had been injured. Unidentified people broke into a primary school and the nearby national museum, stealing some ancient items and burning parts of the building, state TV and Ennahar TV said.
Algerians desperate for jobs and angry at unemployment, corruption and an elderly elite seen as out of touch with the young have taken to the streets since Feb. 22 to protest against the 82-year-old’s plans to remain in office.
“Bouteflika, go!” read one banner. “Algeria is a republic, not a kingdom”, “No elections until the gangs are brought down”, said others.
The demonstrations, the largest since 1991, pose the most substantial threat ever faced by the president, who is standing for re-election on April 18.