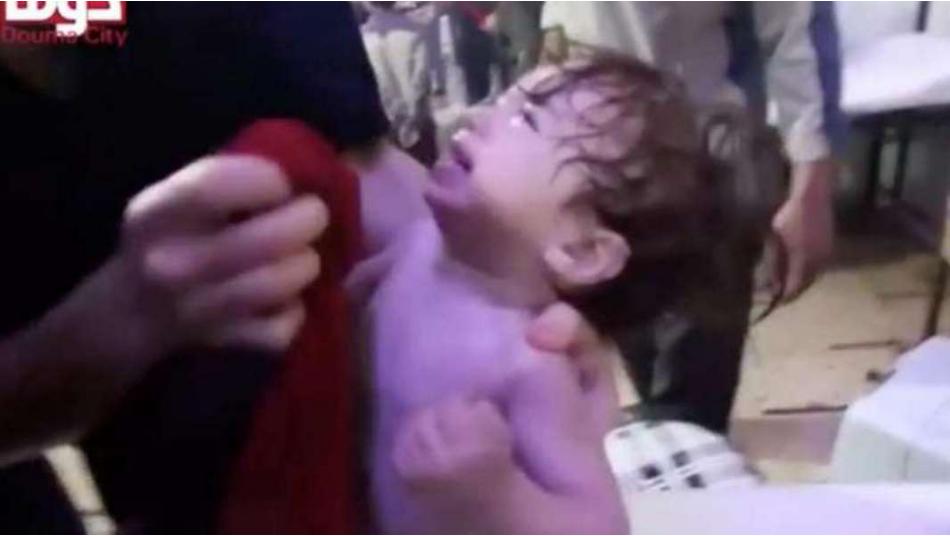 File Photo
The US on Thursday (March 7) hailed a recently-released UN report chronicling the use of chlorine in an April 2018 attack on the Syrian city of Douma, AA reported.
"The Assad regime’s use of chlorine as a chemical weapon is a violation of its obligations under the Chemical Weapons Convention, to which it is a party, as well as UNSCR 2118," State Department spokesman Robert Palladino said in a statement.
The Assad regime, backed chiefly by Russia, has denied using chemical weapons, a claim flatly rejected by Washington who criticized the allies for sowing "disinformation about alleged chemical weapons attacks."
__new_in_first_article1__
"We remain deeply concerned about such disinformation," Palladino said. "The regime falsely accused opposition groups of perpetrating the chemical weapons attack in Douma; and regime and Russia forces delayed inspectors from entering Douma in an expedited manner with appropriate access consistent with their mandate.”
Dozens of people were killed in the chemical attack in the Damascus countryside and hundreds more were injured.
The Organization for the Prohibition of Chemical Weapons (OPCW) determined after a nearly year-long probe that there are reasonable grounds chlorine was used on the formerly opposition-held area.
قيم هذا المقال