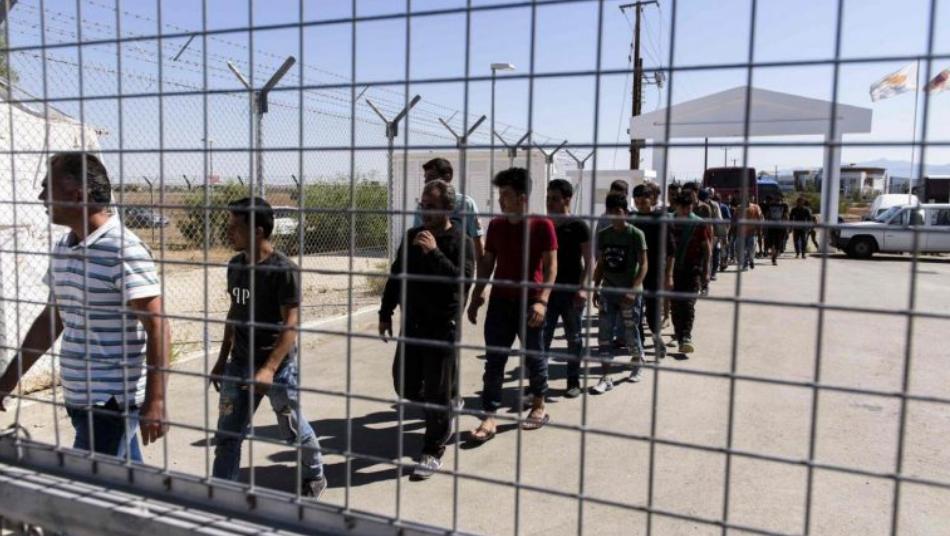 Syrian refugees queue at the Kokkinotrimithia refugee camp, some 20 kilometres outside the Cypriot capital Nicosia, on Sept 10, 2017. FILE PHOTO: AFP
Orient Net
Thirteen migrants from Syria were picked up shortly after midnight on Wednesday (March 6) in Oroklini village in Cyprus, where they had travelled to from the north, Cyprus Mail reported.
The men reported to police they had walked from Syria to Turkey where they remained for four days after which they travelled to the north by boat. They said they paid $5,500 for the trip.
After they arrived they walked for about four hours to reach Oroklini police station.
They were taken to Larnaca police station where they were questioned and were then transferred to the reception centre in Kokkinotrimithia.
Earlier on Wednesday, 20 Syrians were picked up in Akaki.