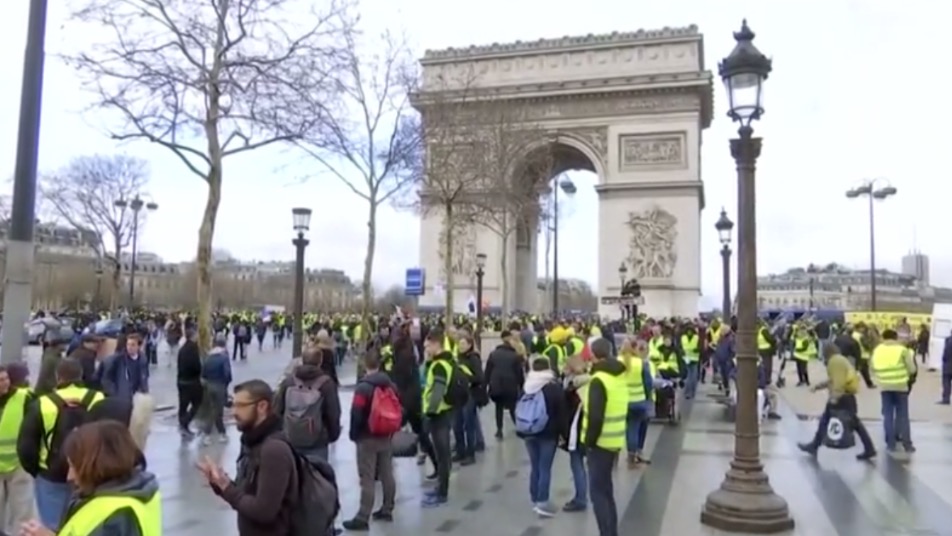 Orient Net
French "yellow vest" protesters gathered on the Champs Elysees in Paris Saturday (March 2) for the 16th weekend of demonstrations since the movement against fiscal inequality and the political class blew up late last year.
French President Emmanuel Macron has faced the biggest challenge to his authority from the protests, which started over the high cost of living but spread into a broader movement against the 41-year-old former investment banker and his pro-business reform drive.
Gathering at the Arc de Triomphe, protesters rallying under anti-Macron placards told Reuters that despite falling numbers, they would continue with their action.
The weekly demonstrations by protesters, named for the high visibility jackets French motorists are required to carry in their cars, have generally become smaller and less violent since a peak in December when the French capital saw some of the worst rioting, vandalism and looting in decades.