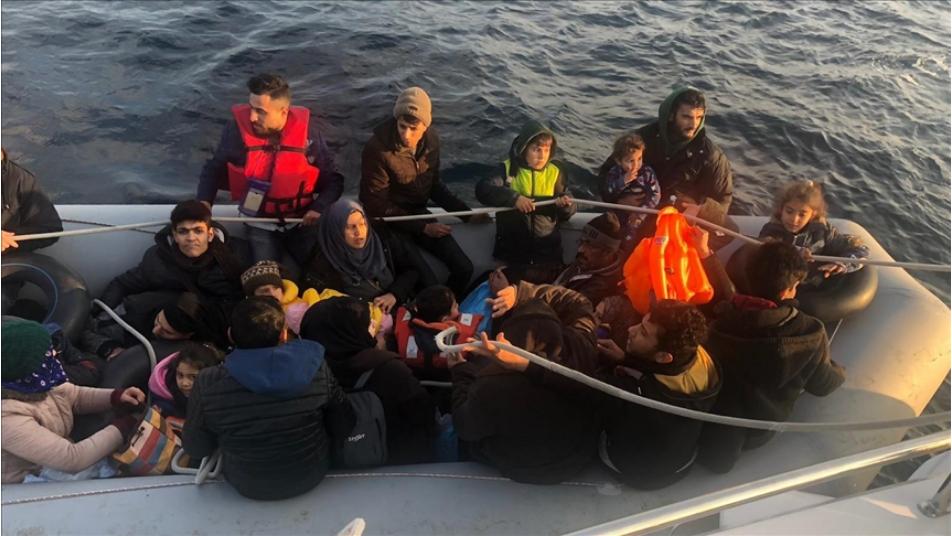 File Photo
Orient Net
At least 86 irregular migrants were held across Turkey, security sources said on Sunday (February 24), AA reported.
In the northwestern province of Edirne, 35 irregular migrants were held in Eskikoy district by gendarmerie forces, said a security source, who asked not to be named due to restrictions on speaking to the media.
Security forces arrested one alleged human smuggler.
In another operation, 26 migrants in a rubber boat were held by the Turkish Coast Guard in the Aegean Sea off the coast of Balikesir province.
In the southern Hatay province, 25 migrants who illegally entered Turkey were held by security forces at the border with Syria.
The migrants were mostly Afghan, Pakistani, Syrian and Iraqi nationals.
All migrants were later referred to provincial migration directorates.
Some 265,000 irregular migrants were held in Turkey in 2018, according to the Interior Ministry.
Turkey has been the main route for refugees trying to cross to Europe, especially since 2011, when the war in Syria began.