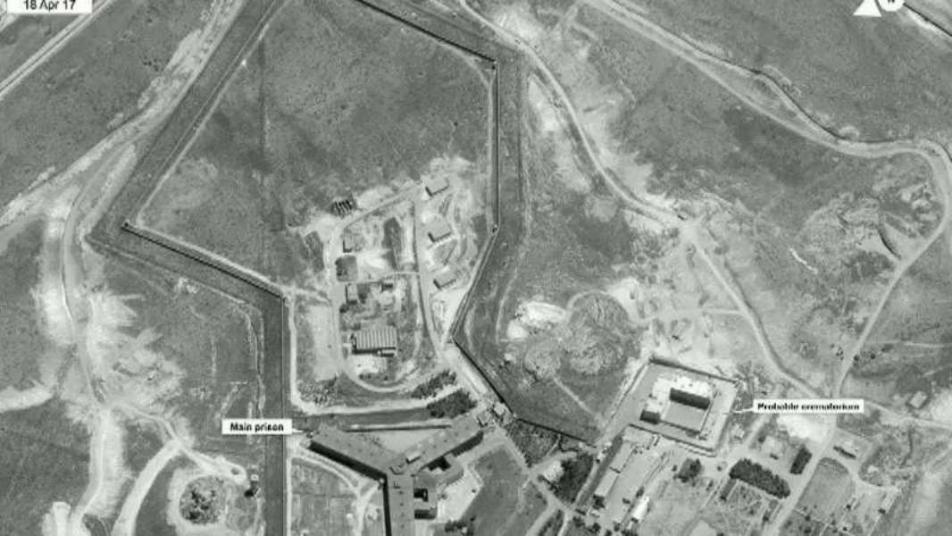 A satellite view of the Sednaya prison complex, near Damascus, is seen in a still from a video briefing provided by the US State Department on May 15, 2017. (State Department/DigitalGlobe/Reuters)
__new_Underarticle_image_EN__
Orient Net
A European human rights group says nine Syrians have filed a criminal complaint in Sweden against senior Assad regime officials, AP reported.
The European Center for Constitutional and Human Rights, which works to assist survivors of torture in Syria, says the aim was to have Sweden investigate 25 named intelligence officials “as well as those not yet known by name” and issue international arrest warrants.
The Berlin-based non-governmental organization said Wednesday (Feb. 20) the complaint in Sweden follows similar moves already taken in several European countries.
The arrests earlier this month of three suspects in Germany and France marked a breakthrough for international investigators hoping to hold individuals accountable for atrocities committed on behalf of the Assad regime during the country’s eight-year war.