Teenager who joined ISIS in Syria to lose UK citizenship 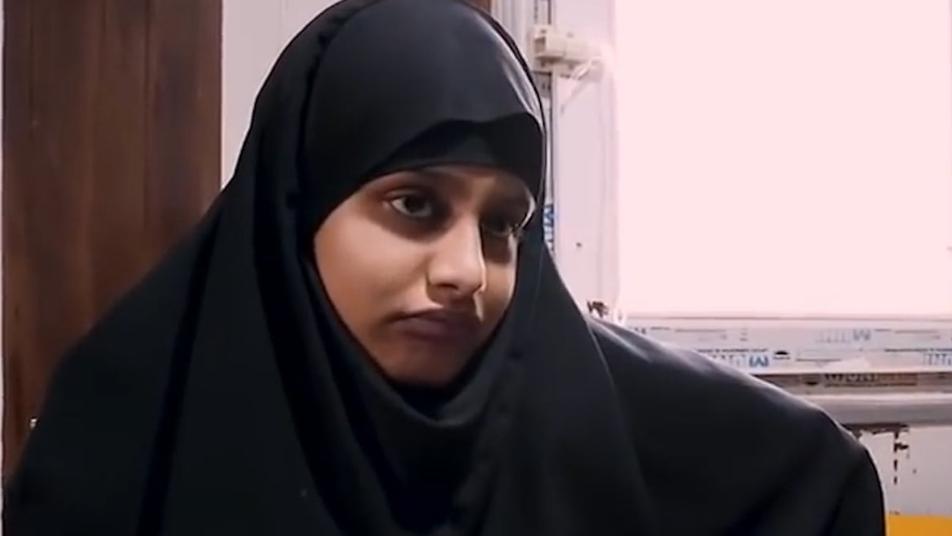 Shamima Begum is currently in a refugee camp in Syria. Photograph: BBC News
Orient Net
Shamima Begum, a teenager who left London when she was aged 15 to join ISIS in Syria, has had her British citizenship revoked, according to a letter sent to her family published by ITV News on Tuesday (Feb. 19), Reuters reported.
Begum, who gave birth to a son at the weekend, was discovered in a refugee camp in Syria by a London Times journalist earlier this month. Now aged 19, she has told reporters she wants to return to Britain.
The letter addressed to Begum’s mother said: “Please find enclosed papers that relate to a decision taken by the Home Secretary, to deprive your daughter, Shamima Begum, of her British citizenship.
“In light of the circumstances of your daughter, the notice of the Home Secretary’s decision has been served of file today (19th February), and the order removing her British citizenship has subsequently been made.”
Britain’s Home Secretary Sajid Javid has said he would “not hesitate” to prevent the return to Britain of anyone who has supported terrorist organisations aboard.
Mohammed T Akunjee, a lawyer representing Begum’s family, said on Twitter the family was “very disappointed” by the move.
“We are considering all legal avenues to challenge this decision,” he said.
Sky News, citing government sources, said Begum could have her citizenship revoked because she was a dual British-Bangladeshi national.