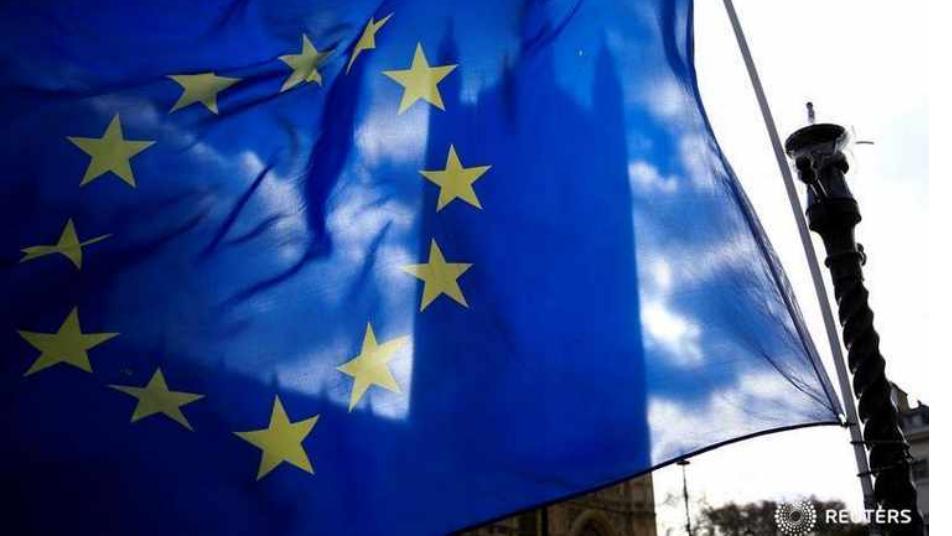 An EU flag tied to a lamp post outside the Houses of Parliament in London, Britain February 7, 2019. REUTERS/Henry Nicholls
European officials on Monday (Feb. 18) gave a cold shoulder to a call by US President Donald Trump to take back citizens captured in the fight against ISIS in Syria for prosecution back home, AFP reported.
Concerns rose about the fate of European nationals now being held by Kurdish militias after Trump shocked his coalition allies in December by announcing the withdrawal of American troops from Syria.
Officials worry the Kurds will no longer be able to ensure the captives' detention.
Trump tweeted on Sunday that Washington was "asking Britain, France, Germany and other European allies to take back over 800 ISIS fighters that we captured in Syria and put them on trial".
But EU nations say any captured fighters and their family members should be prosecuted for alleged crimes where they occurred.
That would mean in Syria or Iraq, now that coalition forces are wresting the last pockets of Syrian territory from ISIS control.
In London, Prime Minister Theresa May's spokesman said the IS foreign fighters should be tried where they are captured.
"Foreign fighters should be brought to justice in accordance with due legal process in the most appropriate jurisdiction," the spokesman said.
__new_in_first_article1__
In Berlin, Foreign Minister Heiko Maas told ARD television it would be "extremely difficult" to organise the fighters' repatriation and eventual prosecution.
A return could be possible only if "we can guarantee that these people can be immediately sent here to appear in court and that they will be detained," he said.
In France, Justice Minister Nicole Belloubet said the government would stick to its current policy of dealing with fighters on a case-by-case basis.
Speaking on France 2 television, she acknowledged that the withdrawal of US troops from Syria would bring about a "new geopolitical situation but at this stage we're not changing our policy".
France has long refused to take back fighters and their wives, of whom 150 are thought to be in Syria, with Foreign Minister Jean-Yves Le Drian referring to them as "enemies" of the nation.
In Belgium, a judge on Wednesday ordered officials to organise the return of six Belgian children and their mothers from a Syrian refugee camp overseen by Kurdish militias.
European Union foreign affairs chief Federica Mogherini ruled out any EU involvement in the disputes, saying they are a matter for national governments.
Last week Shamima Begum, a London school girl who joined ISIS in 2015, resurfaced in a Syrian refugee camp, saying she wanted to return to raise a baby she gave birth to while abroad.
قيم هذا المقال