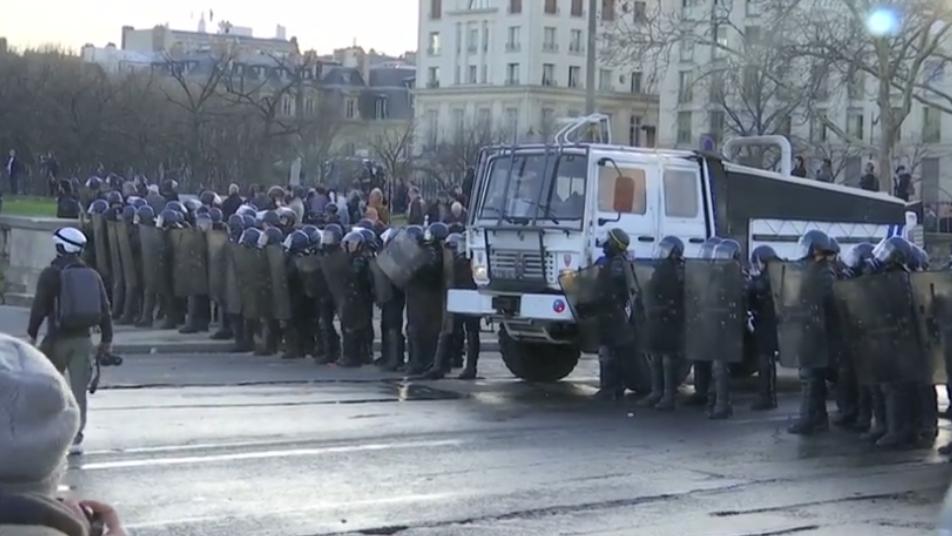 Orient Net
Violence flared as thousands of "yellow vest" protesters marched in the streets of Paris on Saturday (February 16) in a 14th round of demonstrations that have undermined French President Emmanuel Macron's authority.
Late in the afternoon, police and some hooded protesters clashed at the Esplanade des Invalides in central Paris where the march was expected to end.
Police fired tear gas and charged to disperse projectile-throwing demonstrators.
Earlier on Saturday, protesters gathered at the symbolic rallying point at the Arc de Triomphe, a flashpoint of clashes with the police in the early days of the protest, before marching towards the Eiffel Tower and through other major streets in Paris.
France's interior ministry said around 10,200 protesters took part in demonstrations across the country by 1300 GMT on Saturday, including 3,000 in the capital, compared with 4,000 in Paris last week.