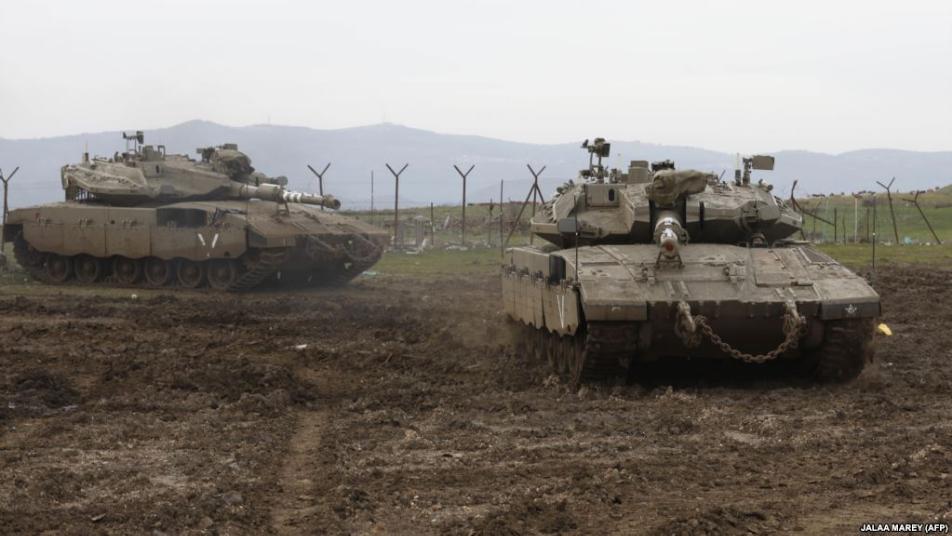 Orient Net
The Assad militias  have sent reinforcements to a base in the Quneitra area bordering the Golan Heights, according to the Lebanese news site, Al-Masdar News.
This comes just 24 hours after the Assad militia placed air defense forces on high alert across western Syria.
This is the first time Syria has reinforced the border since beginning their military operation in the Quneitra area.
Reinforcements from the National Defense Forces (NDF) militia which fights alongside the Assad Army joined the Assad militias on the border.
On Monday, IDF tanks attacked 3 sites in Quneitra, resulting in the destruction of two Assad Army garrisons and the former Al-Quneitra Hospital.
Israeli Prime Minister Benjamin Netanyahu confirmed the strike on Tuesday before leaving to Poland for a Mideast conference saying, "We are operating every day, including yesterday, against Iran. All the time. Against Iran and against its attempt to entrench itself in the area," Reuters reported.
Based on the Jerusalem Post