UNICEF: Half of Syrian children have never experienced “times without conflict” 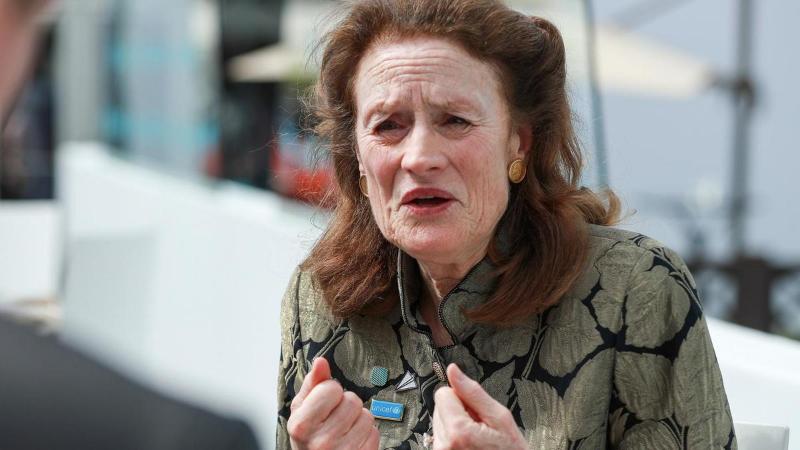 Henrietta Fore, UNICEF CEO . Victor Besa / The National.
The head of UNICEF has warned that ongoing conflict in the Middle East risks creating a “lost generation,” the National reported.
Henrietta Fore urged the world to “stand up” for young people in war-torn parts of the region.
Speaking to The National at the World Government Summit in Dubai, she said there was an urgent need for better education programmes in Syria to teach children how to spot unexploded weapons.
__new_in_first_article1__
Young people in the country, around half of whom have never lived through anything other than war, were being attracted to the “prettily-coloured” devices and losing limbs when they touched them, she said.
Last month, Freezing temperatures and the lack of medical care have killed at least 15 displaced Syrian children in the Rukban camp and Hajin in Syria, according to UNICEF.
The 70-year-old, who between 2007 and 2009 was in charge of administering almost $40 billion of American overseas aid per year and took over as UNICEF executive director in January last year.
قيم هذا المقال