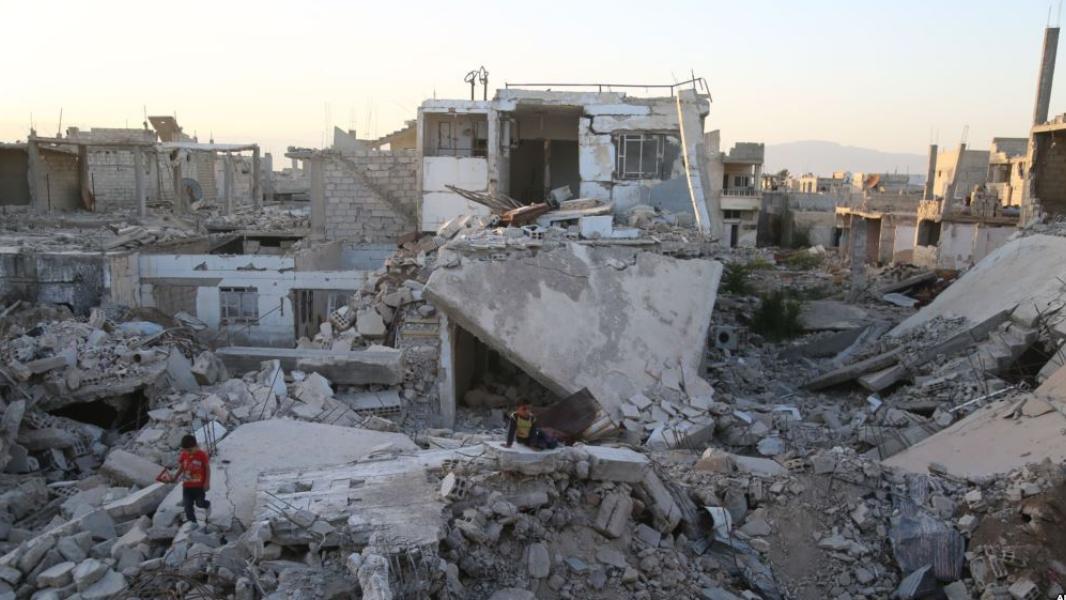 Orient Net
Owners of houses in eastern Ghouta are selling their destroyed or devastated estate at extremely low prices, locals sources told Orient News.
The sources said locals who live in the capital Damascus, who have houses in eastern Ghouta also sold their proberties at low prices.
The reason behind the purchases were the mass destruction caused by the Russian and Assad air bombing and the sharp shortages in water, electricity and gas services since Assad regime recaptured and claimed to restore these services.
The city of Seqba and Erbin were the main Ghouta cities which witnessed these operations.
After besieging the enclave, Assad regime's militias and Russian warplanes launched the most brutal bombing campaign on the eastern Ghouta where more than 1500 people were killed and dozens were displaced to the north while those who stayed in their houses signed a surrender deal.