Assad air intelligence to investigate all men in Ghouta's Erbin 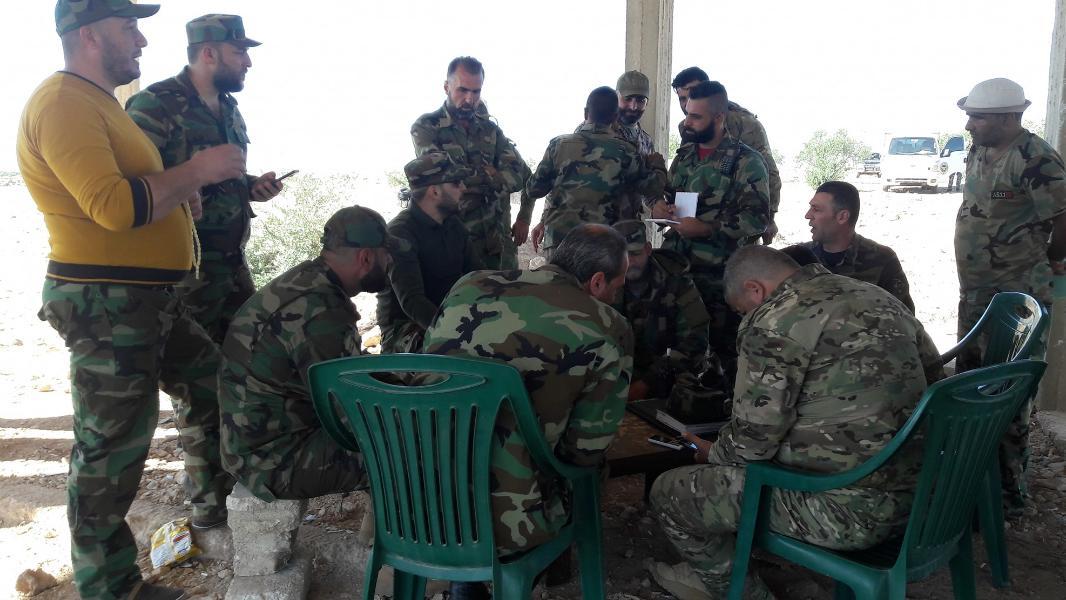 Orient Net
Special sources told Orient on Saturday (February 2) that Assad regime's intelligence service in eastern Ghouta sent lists of names of all men in the city of Erbin, calling on them to immediately visit the intelligence service.
All males who are are between 15 years old and sixty years old must go to the the intelligence branch in batches. They do not know what the reason behind the step is, the source said.
"They will be detained for at least three days."
Assad regime and its allies recaptured all cities and towns in eastern Ghouta in March last year after the most brutal bombing campaign launched on civilian neighbourhoods in Syria.
Death toll reached in 100 civilians in 24 hours during the campaign, including women and children.
Chemical weapons were also used by the Assad militias against civilians in the last bastion of the opposition, Douma city.