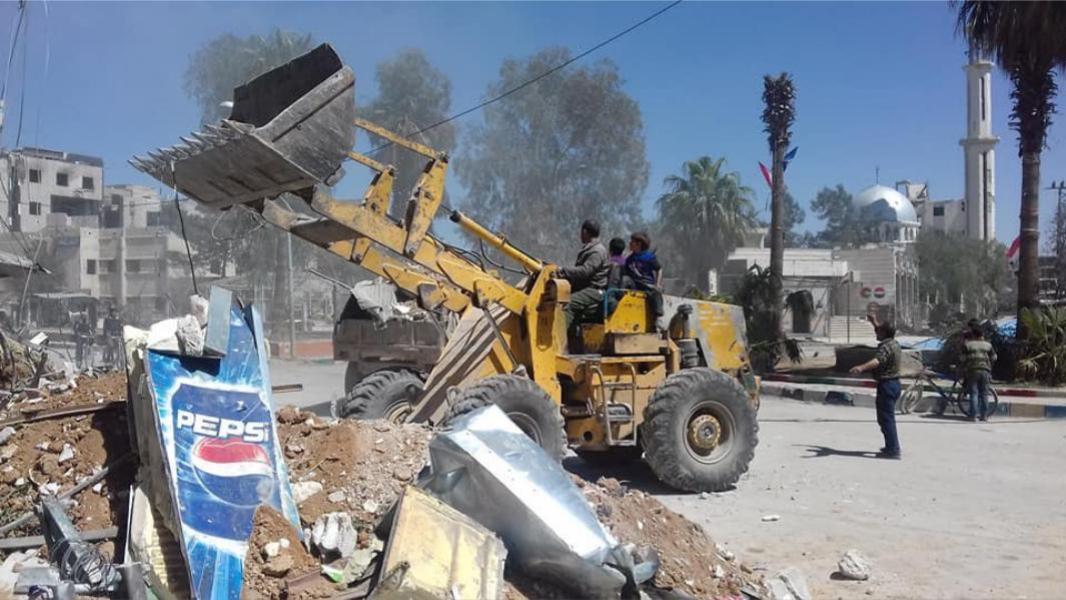 Assad air intelligence controls UN projects in eastern Ghouta
The Assad regime's intelligence services control the United Nations development programmes carried out in the eastern Ghouta, local sources told Orient News.
One of the locals in Zamalka, who introduced himself as "Mohammad Taher", said, that the local council opened the door for giving UN donations to rebuild or renovate the houses which were destroyed by the Assad regime's and Russia's attacks.
Mohammad Taher's application was rejected despite the fact that he met all the conditions required for the issue.
Ahmad, a local from Harasta, who rejected to give his full name lest being detained by the Assad regime, said, his application was rejected while all the conditions required for it were met.
Ahmad added that similar documents applied by pro-Assad members and those who volunteered to work with the Assad militia and his Baath party in eastern Ghouta were all accepted.
__new_in_first_article1__
"The approval and rejection are controlled by the Assad regime's air intelligence service in the area," Ahmad said.
Abdulsalam Hassan, a Syrian activist, said, the US development programme is providing many donations to renovate houses and prepare them with doors and windows and basic utilities.
"The amount of each donation roughly reaches to 1000 $," Abdulsalam said.
The activists said the local councils are directly controlled by the Assad regime and that the United Nations has to find a way to supervise and verify the applications to prevent the manipulation of the Assad intelligence services with the desperate people's humanitarian needs.
Assad regime militias and their Russian allies took control of the last opposition bastion in Eastern Ghouta, Douma, last April after a brutal bombing campaign, killing, injuring and displacing thousands of Syrians from their homes.
قيم هذا المقال