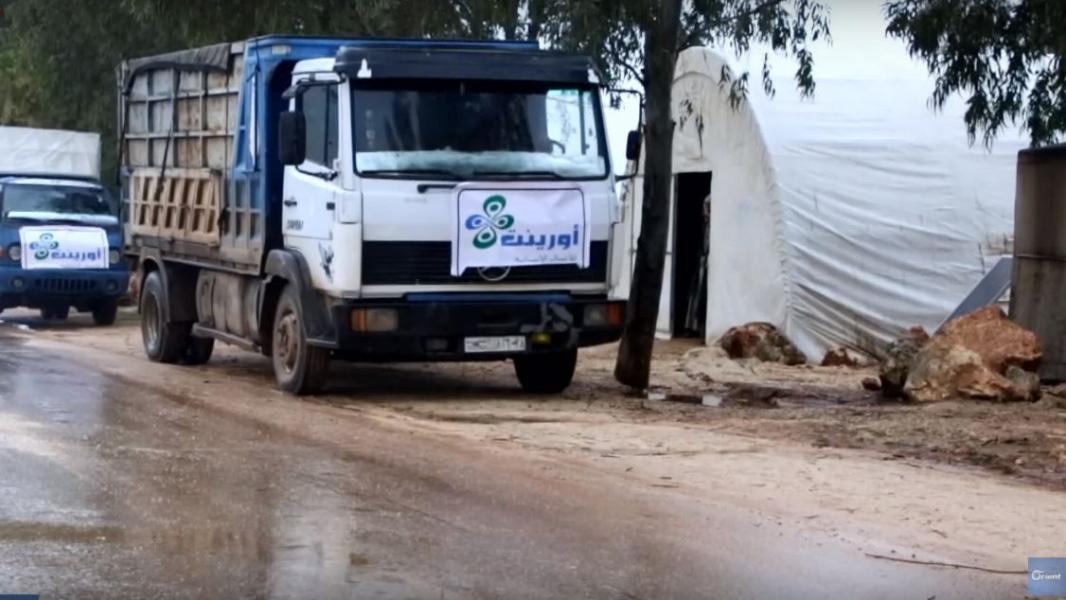 Orient Net
Orient For Human Relief, part of Orient Group, has launched a new campaign to help Syrian internally displaced persons (IDPs) in Idlib camps.
Orient for Human Relief has distributed stoves, heating materials, rain insulators, plastic insulators and blankets to Syrian IDPs in Beer al-Taybeh camp and several other camps in Idlib countryside.
This winter, Idlib has witnessed several rain storms which damaged dozens of the scattered camps in northern Syria, especially IDPs’ camps in Atma, Qah, and Kherbet Eljoz.
Torrential rain, and floods swept some of the camps and displaced its residents after their tents were destroyed.
__new_in_first_article1__
The IDPs appealed to humanitarian organizations, NGOs, and INGOs to help them find solutions and alternatives to their random camps.
It is worthy to mention that Orient for Human Relief has provided a radiotherapy centre in Idlib city, in addition to a mobile clinic that provides medical assistance to thousands of patients in the region.