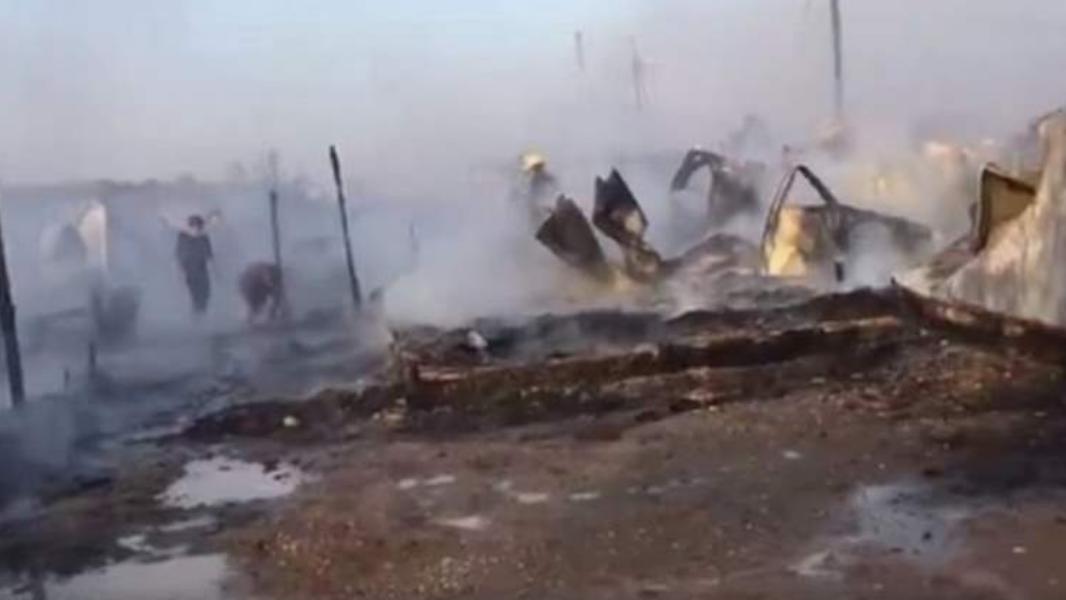 File Photo
An infant died on Thursday (Jan. 17) in a fire in a camp in Zougra camp in Aleppo countryside, Orient correspondent said.
A six months old baby died and his mother and sister were injured on Thursday’s morning when fire devoured his tent in Zougra camp in Jarablus, Orient correspondent added.
Most internally displaced persons (IDPs) lack means of heating and resort to improvised solutions that are not safe. Moreover, the quality of the majority of the heaters in the camps are bad.
Low temperatures aggravated the suffering of the IDPs who have to endure dire conditions in inadequate makeshift tents.
It is worth mentioning that the scarcity of heating fuel forces IDPs to use risky hazardous methods of heating such as burning wood, paper, and plastic which lead to asphyxia and fires accidents.
قيم هذا المقال