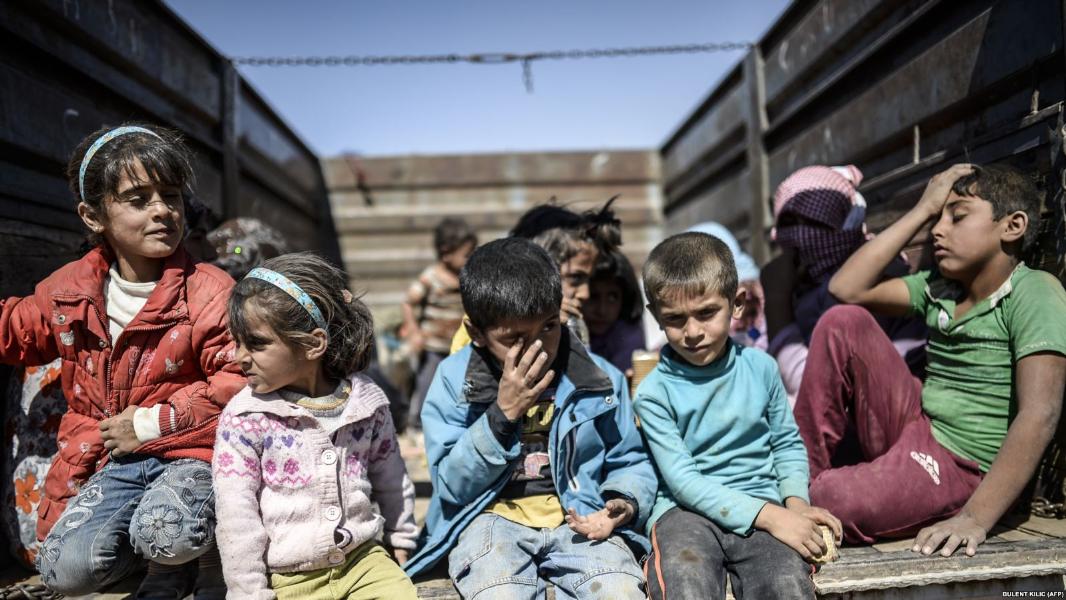 Orient Net
The Syrian Network For Human Rights (SNHR) released on Wednesday (January 16) its annual special report for the year 2018 entitled: “The Crushing of the Society and Dismantling of the State”. The report documents the most notable violations of human rights in Syria during last year.
According to the report, 6,964 civilians, including 1,436 children and 923 women were documented as being killed at the hands of the parties to the conflict in 2018. Of this total, 4,162 civilians, including 713 children and 562 women, were killed by Assad regime militias, and 467 civilians, including 169 children and 51 women, were killed by Russian occupation forces. 2018 saw also the death of 417 civilians, including 175 children and 90 women at the hands of International Coalition forces.
Further, the report records that Kurdish Self-Management militias killed 285 civilians, including 29 children and 26 women, while ISIS killed 446 civilians, including 82 children and 41 women.
The report documents 7,706 cases of arbitrary arrest, including 504 children and 699 women (adult female). The Assad Regime was responsible for the arrest of nearly 5,607 of these individuals, including 355 children and 596 women. ISIS arrested at least 338 arrested individuals, including 28 children and 13 women. While Kurdish Self-Management militias arrested 965 individuals, including 83 children and 74 women.
SNHR says that 976 individuals were documented as being killed under torture in 2018, including 951 individuals who died due to torture at the hands of Assad regime militias.
The report also documented the death of 53 medical personnel and 108 attacks on medical points and facilities. The Assad-Russian alliance was responsible for the majority of these violations, killing at least 38 medical personnel and carrying out 85 attacks on medical facilities and clinics.
In addition, the report states that 24 media workers were killed in 2018, with 63 percent of this total killed by Assad regime militias and their Russian allies.
As the report details, 2018 was another year of massive waves of forced displacement, with hundreds of thousands of people forced to leave their homes and land by military operations launched by the parties to the conflict, especially the Assad-Russian militias, which were by far the main parties responsible for the displacements. The report states that nearly 670 thousand people were subjected to forced displacement in 2018, including 134,000 who were forcibly displaced as a result of agreements and truces which contravene international humanitarian law.
The report stresses that the UN Security Council must take additional steps following the adoption of Resolution 2254, which states unequivocally that all parties should: “immediately cease any attacks against civilians and civilian objects”. Also, the report states that the Security Council should refer the Syrian case to the International Criminal Court and hold all perpetrators accountable, including the Russian regime whose involvement in war crimes has been proven.