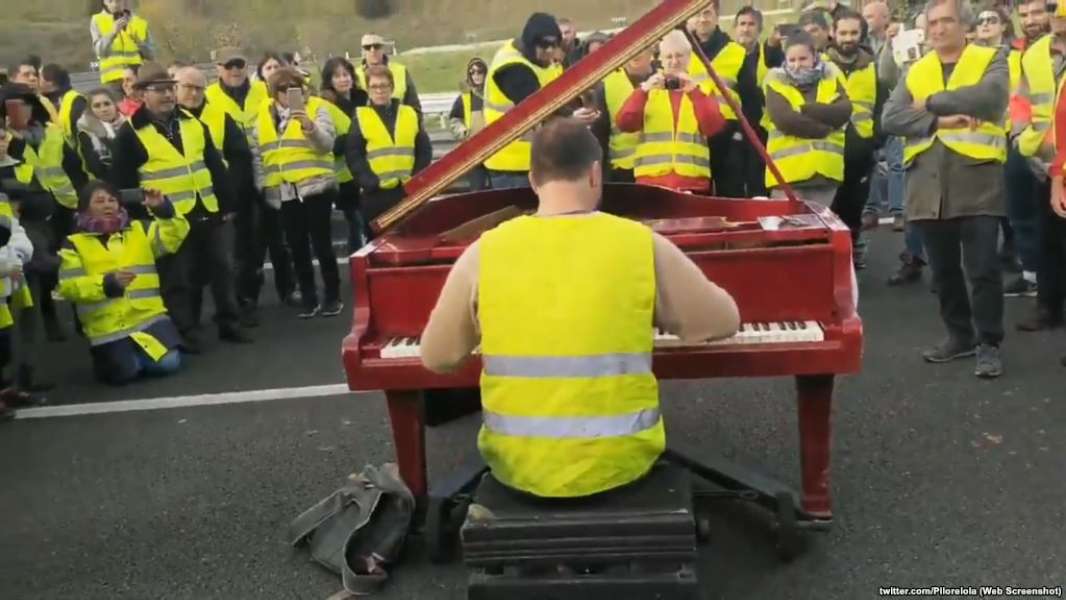 Orient Net
French President Emmanuel Macron promised there would be no taboo topics in his two-month national debate launched on Tuesday (January 15) in response to the "yellow vest" movement which has rocked his presidency in recent weeks.
Speaking to a gymnasium full of mayors of towns and villages in the mainly rural Normandy region, Macron said he would listen to questions raised by citizens in the consultation set to take place online and in town hall meetings across the country.
The small town of Grand Bourgtheroulde in the Eure area of Normandy was under tight security for the visit but a small group of "yellow vests", who have been campaigning in their thousands against falling living standards since November, managed to reach the town centre to protest, mainly peacefully.
During a question and answer session with Macron, the mayors raised issues including public transport in rural areas -- the "yellow vests" campaign initially emerged out of opposition to a fuel tax hike -- dwindling local budgets and poor healthcare provision outside cities.
The debate will focus on four themes: taxes, green energy, institutional reform and citizenship.
Four weeks after the debate closes on March 15, Macron will return with his conclusions.
Based on Reuters