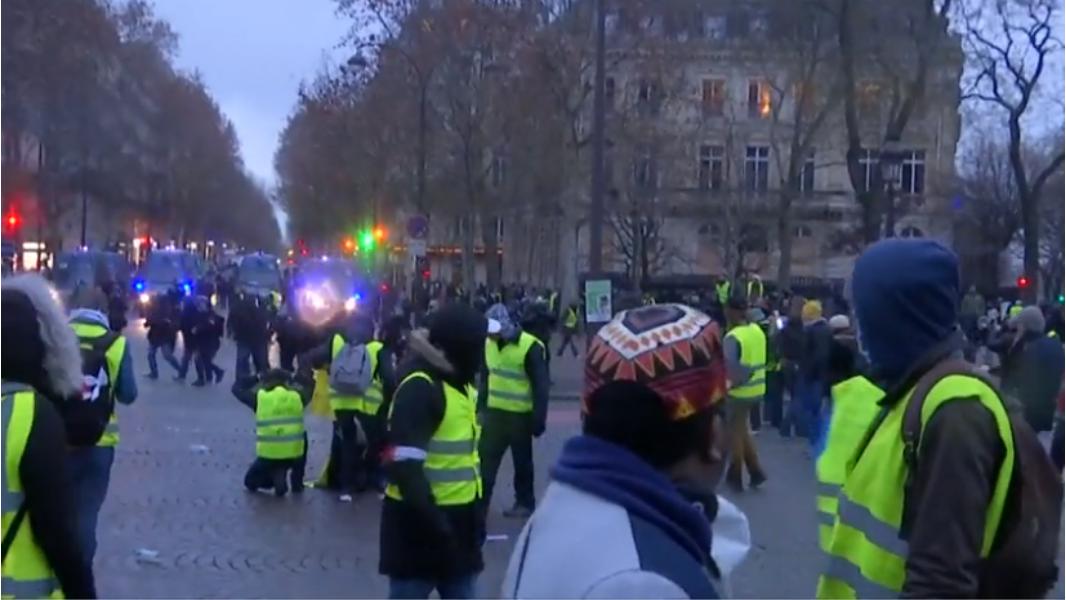 Orient Net - Reuters
Paris police fired water cannon and tear gas to push back "yellow vest" demonstrators from around the Arc de Triomphe monument on Saturday (January 12), in the ninth straight weekend of protests against French President Emmanuel Macron's economic reforms.
Thousands of protesters in Paris marched noisily but mostly peacefully through the Grands Boulevards shopping area in northern Paris, close to where a massive gas explosion in a bakery killed two firefighters and a Spanish tourist and injured nearly 50 people early on Saturday.
But small groups of demonstrators broke away from the designated route and threw bottles and other projectiles at the police.
Around the 19th-century Arc de Triomphe at the top of the Champs Elysees boulevard, riot police fired water cannon and tear gas at militant yellow-vest protesters after being pelted with stones and paint, witnesses said.
Groups of protesters also gathered on and around the Champs Elysees, the scene of disturbances in recent weeks, many of them calling loudly for Macron to resign.