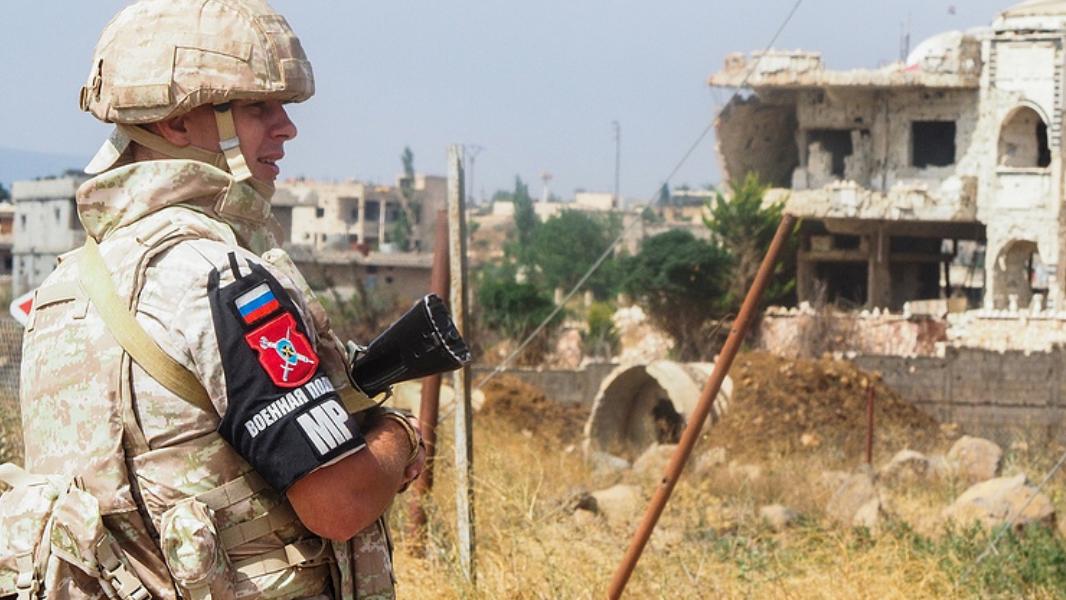 Andrei Gryaznov/TASS
Orient Net
Russian military police have started patrolling the surroundings of the northern Syrian city of Manbij in the Aleppo countryside, near the border with Syria, TASS reported on Tuesday (Jan. 8).
"Today we started patrolling the security zone near the city of Manbij and its surroundings. The task is to ensure safety within the zone of responsibility, to control the positions and movement of armed groups," spokesman Yusup Mamatov told reporters.
The route of military police patrols will change regularly, he added.
According to Mamatov, during their missions Russian servicemen are receiving reports from local residents about weapons caches and unexploded ordnances left after militants left the region.