Lives of Syrian children at risk amid fighting and floods 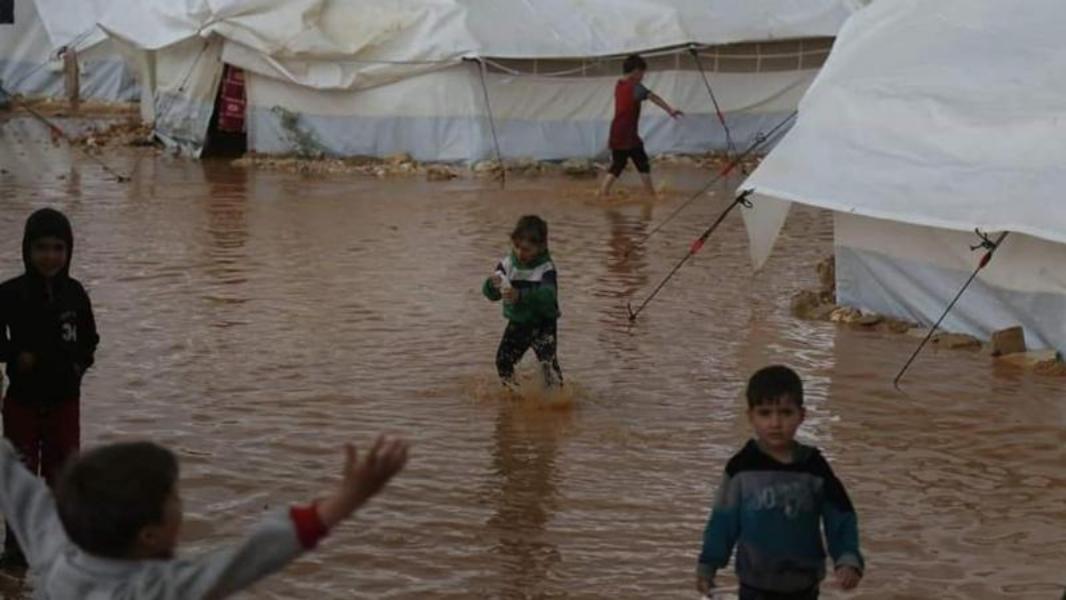 Orient Net
The United Nations Children’s Fund (UNICEF) is concerned by reports about the escalation in violence in northwest Syria, UNICEF said a press release issued on Friday (Jan. 4).
Children continue to pay the heaviest price due to the escalation in violence in northwest Syria. UNICEF received alarming reports of 80 people killed, including one child, the statement said.
Many families are fleeing their homes as conflict intensifies, with no place to go but to already overcrowded camps hosting displaced families.
Floods swept through the area on 26 December, affecting nearly 10,000 children in Atmeh, Qah, Deir Ballut, Albab, Jisr Ashughur among other areas. Exposed to harsh winter weather and freezing temperature conditions, children’s lives are hanging by a thread.
UNICEF warned that the number of impacted children will increase if fighting continues and as more heavy rain is expected. Many of those children have been displaced, some multiple times.
“The suffering of children in northwest Syria has tripled due to this recent escalation of violence, harsh weather conditions and lack of safe refuge.”
The statement ended by calling on all parties fighting in the area and elsewhere in Syria to protect children at all times and allow humanitarian workers to reach children and families in need with lifesaving supplies.